A Year in Review – A Chat With Christian Wolf 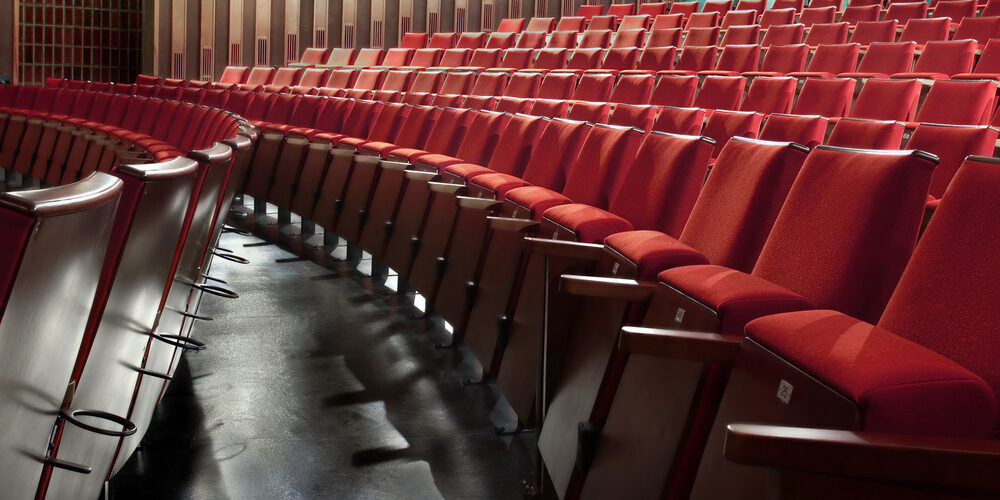 As the beginning of a new season at the Torrance Cultural Arts Center beckons brightly, it seems right to take a brief stroll down memory lane, and reflect on all the wonderful shows and events over the past year.

We had a nice, long chat with TOCA Executive Director Christian Wolf who was kind enough to share his thoughts about the last season, and what we can expect from the upcoming season!

CW: Yes, there were a lot of really good shows last season! Vaud and the Villains was a great way to kick off the season. They had so many musicians on stage and it was a really upbeat concert. Irish Christmas in America was a great way to kick off the holidays. And the real surprise hit was Backstage with the Beatles! That show sold out and the audience loved it. Plus, Bob Eubanks was such a pleasure to work with. Oh, and Steve Valentine’s magic show was a big hit; everyone who saw that loved it. I try to find shows that are artistic and good for people to see. We always want people to feel like it was worth their time to watch our shows.

Q: Were there any challenges last season?

CW: It’s always a challenge to keep a balance between the artistic and the commercial. For example, one of my favorite shows last season was Boom! But we had a hard time getting people to come see it because the concept was so hard to explain.

Q: Did you have any favorite performances?

CW: Everything I bring in I’m excited to share with the South Bay audience, but some of my favorites were Vaud and the Villains, Steve Valentine, and Boom! Petra and the Wolf was pretty interesting, oh, and I Am Woman was really spectacular. When I asked Wendy to create show, I wanted women to walk out feeling empowered and like they could kick some butt! I hope we accomplished that.

Q: Did you hear from audiences what their favorites were?

CW: Oh, yes, I got some great feedback from audiences last season! The artists in the Studio Cabaret series are very popular. Backstage with the Beatles was an absolute success. Best of all, I didn’t get any complaints last year, so I think we did something right!

CW: Well, we removed some shows/performances didn’t do as well as others. We won’t be doing the film fest this year, and True Tales from the South Bay will sort of morph into another storytelling show called Divas in Danger.

We’re also adding a couple of new types of shows: one called Magic Up Close, and one we’re producing by an amateur playwright. Part of our mission is to help up-and-coming-artists, which we do through South Bay’s Got Talent, Dancing With the South Bay Stars, and also new playwrights.

Q: Do you have any idea which shows shouldn’t be missed by audiences?

CW: It’s hard to say! Everyone is different when it comes to the kind of art they enjoy. I know I’m personally looking forward to our new show about Gene Kelly. It was developed by his wife, and I’m excited to hear the stories about this legendary dancer and choreographer. I’m also looking forward to Sister’s Back to School Catechism, which will be hilarious.

Q: I almost forgot to ask about the 2nd annual South Bay Festival of the Arts! How was year number two?

CW: I thought it was even better than the first one. We learned a lot the first time around, and I think we really improved it. There were more people who attended, more restaurants and breweries. Torrance’s cultural services department provided a large sampling of the classes they offer. I heard from a lot of people that this year was better than last, and I’m sure we learned a lot so that next year will be even better!

Q: So what does the future hold for TOCA?

CW: Really, what we want to do is make Torrance the highlight of the arts community in the South Bay. We want more and more people to understand that we’re a wonderful resource for entertainment for both established and up-and-coming artists. I would love to help other arts groups in the South Bay, too, and I hope we can continue doing so going forward.

We also asked Ellenmary Michel, current President of the TOCA Board of Directors, what she thinks audiences can expect from the upcoming season…

EM: Audiences can expect a really well-rounded slate of performances and programs that will appeal to the young and the young-at-heart, those who like the “tried and true” and those who prefer less well-known artists that are more contemporary and new!

The Cabaret Series continues to feature amazing musical artists in a small, intimate setting with food & wine service provided by local award-winning restaurants and wineries. This year’s children’s series is sure delight with the Amazing Bubbleman, the Lightwire Production of The Ugly Duckling and a multi-media production of the Call of the Wild, to name a few.

With more than 30 performances this upcoming season, we’re looking forward to bringing high-energy, high-quality performances to the residents of Torrance and the South Bay community!

The brochure for the 2018-19 Season is now available. We’re bringing back the Studio Cabaret Series, Guest Artist Series, and Family Performances, and are also bringing back National Theatre Live (a series of stage performances recorded in the UK).

Buy tickets to three or more shows to save 10% and qualify as a Season Subscriber to get all those benefits.

We look forward to seeing you at the theatre!