Don’t Miss These Hot Performances at the 2019 South Bay Festival of the Arts!

Click here to get your FREE tickets for the South Bay Festival of the Arts!

The South Bay Festival of the Arts will take place on Saturday, June 22nd from 11:00 am to 5:00 pm. Live musical acts and performing artists will appear on three stages throughout the Festival.

Check out these popular acts who will be featured on the Torrance Refining Company Stage on the Torino Plaza! 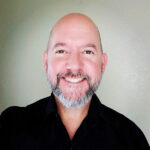 Your host for the day’s festivities will be actor, voice actor, and comedian Keith Dion! Keith has appeared in several feature films, TV shows, and commercials, and will bring his brand of comedy to preside over the Torino Plaza.

Since 2001, the band Smooth Touch’s goal has been to bring great live music to every audience they encounter. Now, many years later, Smooth Touch is the hottest live dance band to come out of the Inland Empire! Boasting a full rhythm section, a three-man horn section, three lead vocalists, and back up vocalists that keep up the three-part harmonies all night long, Smooth Touch will get you on your feet and keep you there.

The members of Tom Kenny & The Hi Seas include Tom Kenny, Andy Paley, girl group trio The Damselles, a powerful horn section, and a rotating roster of high-caliber musicians who have recorded and toured with rock royalty. Click here to read more!

Country singer and songwriter Christie Huff imbues her modern take on country with a touch of pop and a ton of soul! With nods to Nashville and a dash of sass, Christie has become a favorite performer in the LA country music scene. Check out her interview with TOCA below!

Get your tickets by clicking here.