A Brief History of TOCA 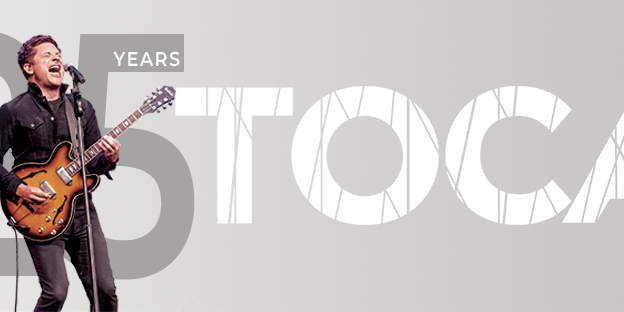 As the Torrance Cultural Arts Foundation celebrates its 25th season of performances, it feels natural to look back over the years to see where TOCA has been – and look at where it’s going.

It all began in early 1990 as then-mayor Katy Geissart and the Torrance City Council broke ground on a long-overdue project: the Torrance Cultural Arts Center.

The Torrance Cultural Arts Center was 28 years in the making. The idea originally started in 1964, but, as frequently happens with government projects, the funds intended for the center had to be diverted to more pressing civic issues.

Finally, in early 1990, the stars aligned – funds from grants, bonds, and private donations filled out the budget, the architect was on board, and during a frigid January morning, civic leaders gathered for the ceremonial groundbreaking.

There was a feeling in the community that a new era of cultural significance had arrived in the South Bay. “It’s like restaurants – the more restaurants you find on a block, the more people tend to go to each one of them. The more theaters and culture and entertainment there is in an area, the more likely people will look there when they’re thinking about spending an evening out,” Peter Lesnick, director of the Norris Theatre for the Performing Arts in Rolling Hills Estates told the Daily Breeze in an article from 1991.

Many forward-thinking citizens, business leaders, and civic leaders decided that the best way for the Center to achieve its full potential was through the creation of a non-profit foundation. To that end, the Torrance City Council approved the formation of the Torrance Cultural Arts Center Foundation as a separate organization with whom they would partner, having the primary purpose of supporting, sustaining, and enhancing the goals of the Center.

Over the next couple of years, an interim Board of Directors worked tirelessly to create a legitimate non-profit foundation. By 1995 non-profit status had been granted, and the foundation was officially born.

On a Mission for the Arts

From the very beginning, the mission of the Torrance Cultural Arts Center Foundation was to partner with the city to bring more art, more culture, and more community, to the South Bay.

Things started off slowly as the newly-formed Board of Directors – lead by Katy Geissert with full support from Mayor Dee Hardison – volunteered their time and effort to bring the Foundation to life.

Then, as they pushed forward, wonderful things started to happen. The Foundation held their first gala, and offered their first season of shows, including summer outdoor performances of Shakespeare.

With each passing year, the Foundation got better and better at fulfilling their mission. Exciting new shows were offered to the public each season and they provided support to the arts community by hosting juried art shows, underwriting musical productions and plays, and offering scholarships to summer dance camp.

The Center has become the cultural heartbeat of the community by offering world-class entertainers (like John Tesh, Henry Winkler, Art Garfunkel, Bob Eubanks, and more) in a more intimate, accessible venue, celebrating up-and-coming local artists of all talents and genres, and even putting on one of the biggest arts festivals in the South Bay.

Over the years, TOCA’s mission has evolved to meet the needs of Torrance and the greater South Bay community. The mission statement now simply states, “In partnership with the City of Torrance, the mission of the Torrance Cultural Arts Foundation is to enrich the community through the performing arts by providing diverse cultural, educational, and entertainment experiences of the highest quality.”

And that’s exactly what they do. Current Executive Director Chris Wolf said, “We want to keep helping people to connect with the arts. It’s about reaching people and inspiring them to participate in the arts, whatever form that might be. In general, art does so much good for people, and the community, and we want to keep that happening.

We want to help artists find their voice and help our audience find the artists. It’s important to be able to take a break from the world for a while and immerse yourself in creativity, whether it’s music or painting or dancing. It’s rejuvenating.”

Cheers to 25 years of art, culture, and community! We look forward to another 25 years of bringing the arts to Torrance and surrounding South Bay cities!

Check out our current season offerings!