Meet the Cast of Spring Forward/Fall Back 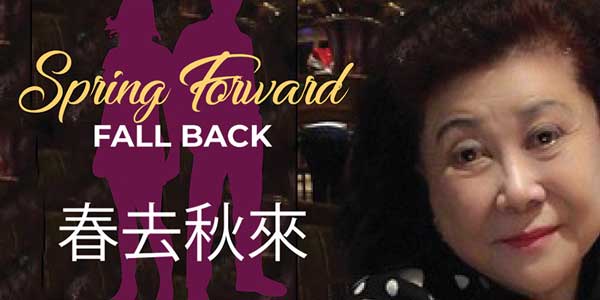 TOCA is pleased to present a new play by playwright and novelist, Jane Yeh, Spring Forward/Fall Back.

The story follows Qiu Xiaomei on a humorous and heartfelt journey through the many faces of love. From naive adolescence to disillusionment, finally reaching the understanding that comes with a lifetime of experience.

Worlds collide as the story unfolds through the blending of contemporary American staging and elements of Chinese shadow plays. As light and dark intertwine Qiu Xiaomei discovers that promises are easily broken and things aren’t always what they seem. 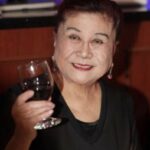 While her kids were growing up, Jane Yeh was a stay-at-home mom who started writing as a side hobby. But writing became more than a hobby once she won first place in Taiwan’s prestigious United Daily News Literary Competition with one of her short stories.

Since then, Jane has written several novels and books, including one that features 29 cultural and historical sites in China, which a major airline used in their travel magazine.

Jane has a passion for the arts and has founded two nonprofits dedicated to arts education and cultural harmony. In 1999 she wrote to the Getty and suggested that they also provide museum guides in Chinese, and was thrilled to be asked to translate their “If You Only Have an Hour” guide into (Mandarin) Chinese. She happily complied, of course.

Jane’s proudest accomplishment (aside from her two daughters who are lawyers) is having her second stage play performed live at the Armstrong Theatre during Mother’s Day weekend in 2019 (which also doubles as an early celebration of her 80th birthday).

Born into a Chinese immigrant family in Southern California, Amy has had the privilege of growing up with a foot in both American and Asian 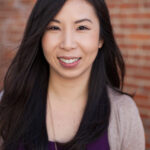 cultures. She always had an artist’s heart, but as the child of an immigrant, Amy first felt it necessary to gain skills that would guarantee income and stability. It wasn’t until after getting credentialed as an elementary school teacher and working as an administrator did she finally decide to give acting a try.

From there things took off and she went from taking acting classes and performing in plays at a local city college, to training her voice at East West Players with Leslie Ishii, to writing and performing her own solo show Meili de Ai (Beautiful Seedling) at the Int’l Fitzmaurice Voice Conference in Vancouver.

After a few years of pounding the pavement in Hollywood, she moved to Milwaukee to be a Teaching Artist Fellow at First Stage, a Theater for Young Audiences. There, she found a balance of her two careers. She taught young students the acting and storytelling skills, while also performing and understudying in First Stage’s productions.

Now Amy is working to earn her MFA in Television, Film, and Theater/Acting to hone and master her craft. She was last seen in the Cal State LA’s productions of We, the Invisibles by Susan Soon He Stanton, and She Kills Monsters by Qui Nguyen. 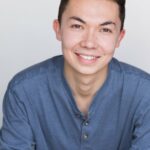 Widely considered to be the “next big thing” by both his father and his mother, Miles has been working hard and dreaming big since graduating from USC in 2017. He’s currently a member of two theater companies (Hero Theater and hereandnow) and is commercially represented by Abrams Artists Agency. This is his first show at the Torrance Cultural Arts Center, and he’s thrilled to he here.

Julian was born and raised in Hawaii, and made his professional theater debut as an understudy with Artists at Play in 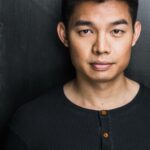 the premiere of Cowboy Versus Samurai.

With a degree in computer science from MIT, Julian previously worked as a software engineer in kernel development. When he’s not acting he loves to read, practice martial arts, and write code.

Cici is a seasoned professional actor who has appeared in numerous TV shows, like Good Trouble, S.W.A.T., Better Things, Arrested Development, and Brooklyn Nine-Nine. She’s also worked in movies alongside some of the most 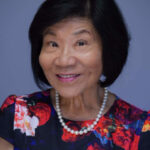 In 2015 Cici won awards for her roles in the short films Metamorphosis and My Spicy Grandma. You can see her in the lead role in the upcoming independent films All Aboard and The Winds.

This is Cici’s first time on the Armstrong stage and she’s very excited to be a part of this original production!

And, if being chock-full of local talent wasn’t enough, Spring Forward/Fall Back is being produced by the Torrance Cultural Arts Foundation, and directed by TOCA’s very own Executive Director Christian Wolf!

Tickets for the performances of Spring Forward/Fall Back on Friday May 10, and Saturday, May 11, at 8:00 pm are still available. Be one of the first to see this all-original play by beloved local author Jane Yeh!

Get Tickets to see Spring Forward/Fall Back!