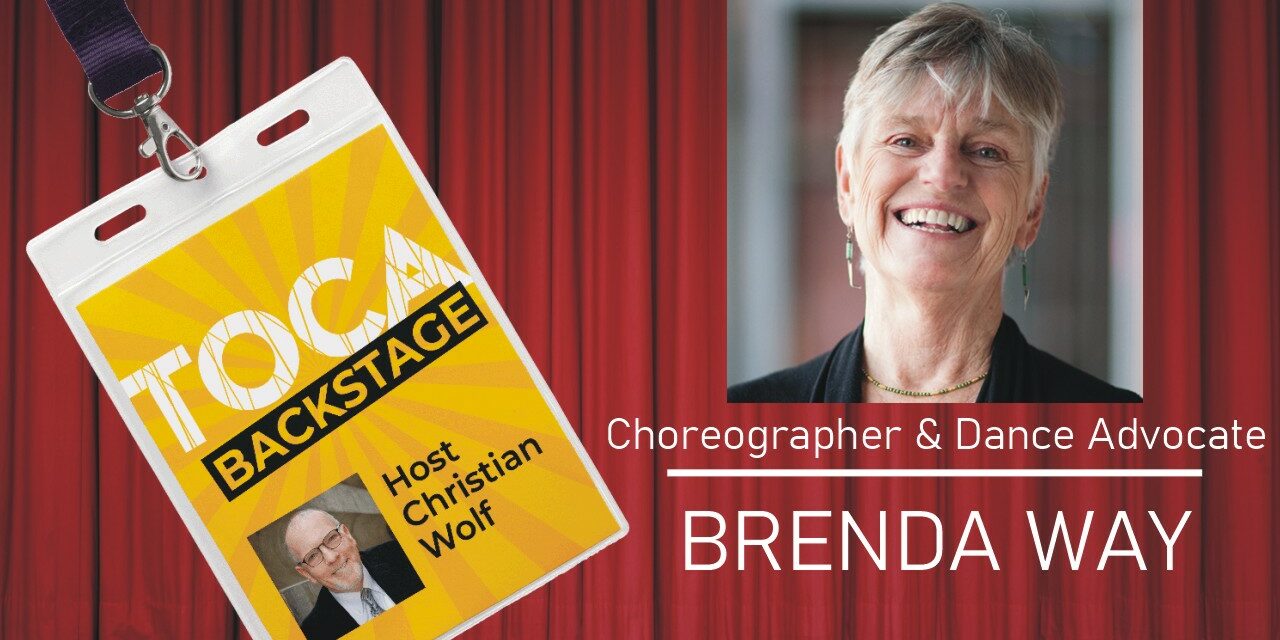 As I am fond of saying… “I appreciate dance, but I don’t always understand it.” So, I thought I would chat with someone who might help to understand this often underappreciated art form.

Brenda Way received her early training at the School of American Ballet and Ballet Arts in New York City. She is the founder and artistic director of ODC/Dance and creator of the ODC Theater and ODC Dance Commons, community performance and training venues in San Francisco’s Mission District. She launched ODC and an inter-arts department at Oberlin College and Conservatory of Music in the late 1960’s before relocating to the Bay Area in 1976.

Here is our Interview:

She is a national spokesperson for dance, has been published widely, and has received numerous awards, including Isadora Duncan Dance Awards for both choreography and sustained achievement, and has enjoyed 40 years of support from the National Endowment for the Arts. She is a 2000 recipient of the John Simon Guggenheim Fellowship. In 2009, she was the first choreographer to be a Resident of the Arts at the American Academy in Rome, and in 2012, she received the Helen Crocker Russell Award for Community Leadership from the SF Foundation. In 2009 ODC/Dance was selected by BAM to tour Brenda Way’s work internationally under the aegis of the U.S. State Department’s inaugural DanceMotion USA tour.

Some years ago, when I was working for the city of Brea, managing their intimate 199 seat Curtis Theatre, I had the pleasure of presenting Brenda’s ODC Dance. To me, that was the point that I truly began to appreciate dance. The ability to watch these amazing performers in an intimate setting was truly a moving experience.

It was an honor to chat with Brenda.