Dana Louise and the Glorious Birds – A Musical Flight of Fancy (With Dinner!) 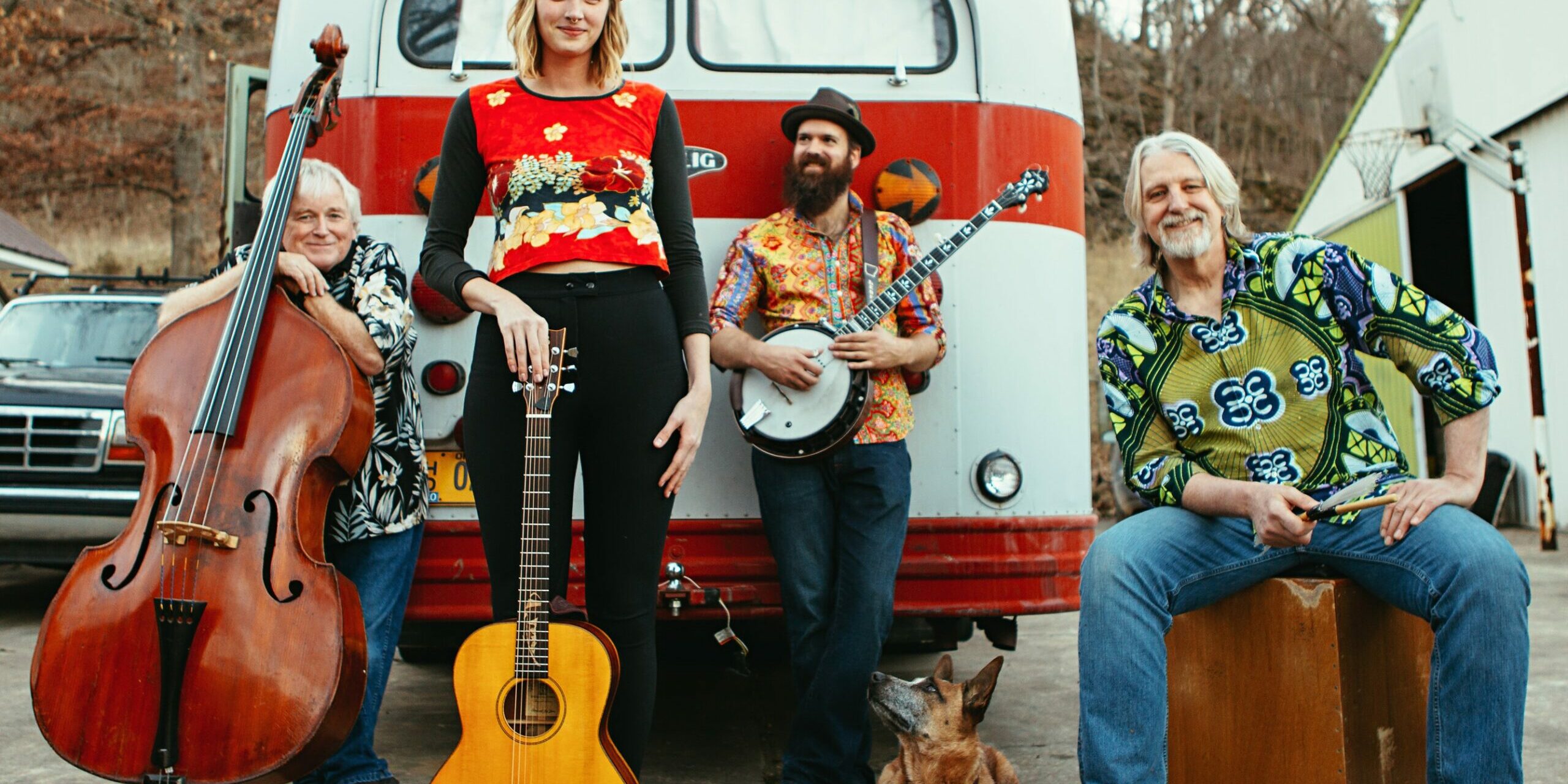 Sometimes the path you set out to take isn’t the path you were meant to follow.  Such was the story of Dana Louise, the frontwoman for the indie folk band Dana Louise and the Glorious Birds.

As the daughter of of Ezra Idlet, half of the grammy-nominated folk/rock duo Trout Fishing in America, Dana didn’t set out to start a band.  She was deeply involved with painting and creating art as a member of Fayetteville Underground, an artists’ cooperative in Arkansas.  But the image of wild hydrangeas around a lava pool changed all that.

A Needed Change in Perspective

Back in 2011 Dana fell in love with a sparsely populated archipelago off the coast of Portugal.  She knew she had to go there to create art.  She started a Kickstarter campaign to raise money for what was supposed to be a painting residency in Fajã Grande on the Portuguese Archipelago of the Azores.  Instead, that residency turned into a seven-month lifestudy on songwriting and playing guitar.

During her stay someone on the island showed Dana some music – music that she connected with in an inexplicable way and she felt she had to learn how to play it.  She picked up a guitar, the only instrument around, for the first time since high school and didn’t put it down for the entire time she was there.

Dana practiced among the lava rocks, wild hydrangeas, and dragon trees.  She spent hours learning chords that she’d seen and heard her father play since childhood, then moved on to songs by her favorite artists.  It wasn’t long before she was creating her own melodies and starting to write her own songs.  In all, by the end of her stay in Fajã Grande, she had created about three hours worth of music.

The Beginning of a New Musical Age

Her return to the States heralded a new musical age for Dana and she began singing and songwriting in earnest.   She paired up with a local Arkansas musician named Jackson Jennings, forming her first band (called Air Loom).  About a year later, they parted ways and Dana worked as a solo artist.  Not long ago Dana was introduced to talented vibraphonist and banjo player, Adams Collins, and the two of them clicked musically.

Recently Dana and Adams teamed up with her father, Ezra Idlet, and Keith Grimwood from the folk rock duo Trout Fishing in America, and the Glorious Birds finally took off.  Now the band has recorded their self-titled debut album and are touring all over the country to bring the unique sound to audiences everywhere.

The Studio Cabaret Series is a way to enjoy musical talent and tasty food in an intimate setting; it’s like dinner theater for your ears!  The performances are set in the George Nakano Theatre at four-seat cocktail tables.  The audience will enjoy delicious meals prepared by local chef Peter Carpenter of Gourmet to You catering.  And goodies from the always delicious Torrance Bakery will be available at intermission.

Don’t miss out on this performance (and meal)!
Buy Tickets Here!