Doktor Kaboom Brings Science (And Safety) to the Stage! 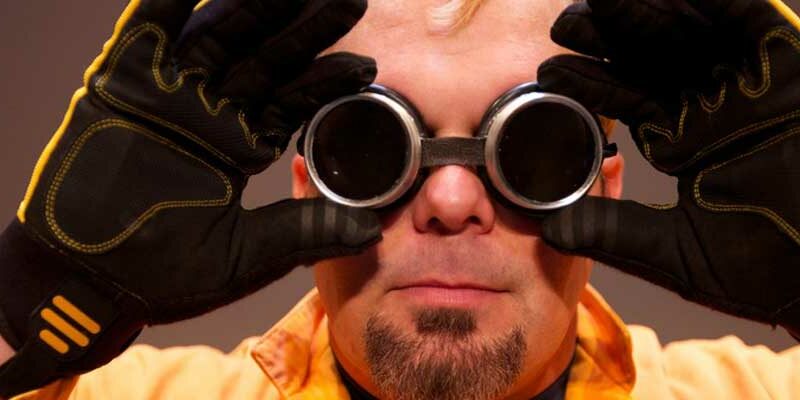 Bring the family and reserve a seat for Doktor Kaboom on October 8th at 2pm or 5pm here!

Normally in science if you hear a “kaboom” it means trouble.  Not so for comedian, actor, and mad scientist David Epley!  For David’s alterego, Doktor Kaboom, explosions are par for the course – and mean a successful show!

The Man Behind Doktor Kaboom

When David Epley was a kid, he fell in love with science.  Science made perfect sense to his mathematically-inclined brain: an organized, logical process that allowed him to make sense of the world.  He loved trying experiments and watching what happened, figuring out why things happened – and when the experiment didn’t work out, it was even more exciting.

David entered college as a double major in Chemistry and Theatre.  The world of theater and stage intrigued him since it was so different from the world he grew up in.  “I think the people who are attracted to art are also attracted to science.  So many classical musicians were also science savvy,” David said.

But, despite his deep love for science, David found an even deeper love: acting.  For the past several decades David has written, directed, and performed in original comedy shows all around the United States and the world.  He’s performed in festivals, street shows, and staged productions, and in 2006 David had the idea to merge his two loves: science and stage.  And thus the inimitable persona of Doktor Kaboom was born.

David’s character of the klutzy (but loveable) German scientist, Doktor Kaboom, came about after several weeks of intensive character development.  David knew he wanted a character who was “bigger than life, huge, ridiculous” so that he could connect with audiences.  He spent four weeks doing street theater at a New York Renaissance Faire to craft a character that audiences responded to.

After Doktor Kaboom was fully fleshed out, it was then that David started structuring the show.  Now Doktor Kaboom travels around the country (and world) teaching the audience about scientific principles and methods.  The show Live Wire! The Electricity Tour was commissioned by the Kennedy Center and dives deeply into the world of electricity, exploring what it is and how we get it to do what we want.

This family show is one that adults will enjoy just as much as kids.  According to an interview with the Deseret News, David said, “…a dad came up to me after the show, so excited.  He said, ‘I thought I was going to take a nap, but we’re going to go home and do science projects right now!’”

While the show boasts an explosive lineup of experiments sure to make the audience erupt with laughter and bubble over with curiosity, Doktor Kaboom’s real mission is to “empower, excite, educate, and entertain”.  David as Doktor Kaboom wants to show that science is for everybody, not just those who love to wear lab coats or enter science fairs every year.  He wants to spread his message of personal empowerment (and lab safety) near and far.

A Show About Science

Doktor Kaboom is an interactive show, which means the Doktor is always on the lookout for volunteers to help him conduct his experiments.  Expect a high-energy show from start to finish that combines an improvisational performance with high production value.

Want to make a day (or evening) of it?  Bring the kids early (or stay late) to participate in an art project provided by Art to Grow On.

So grab a pair safety goggles and a lab coat and get ready for some hair-raising science (no, really, he’s got a Tesla coil)!  Ja?