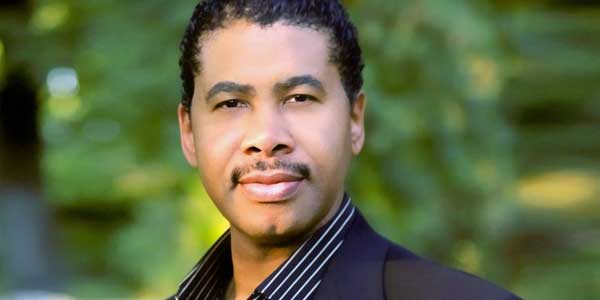 Audience favorite Joel Gaines is coming back for his unprecedented fourth performance at the Nakano Theatre on April 5th and 6th! And, just as with his previous shows, he’s bringing some friends with him – the talented musicians in his band, and a couple of young, local artists!

This is the third year that Joel has mentored up-and-coming artists for his TOCA performance. Both artists this year are singers, former contestants, and prize winners, from South Bay’s Got Talent – Sarah-V Harnden and Jessica Lombardozzi.

“I love working with young artists, it’s a way of giving back. I’ve been in this business for a long time, 30 years now, and people have helped me along the way – they still do! When I was younger, I had instructors, coaches, teachers, and I learned so much! I try and give young people the understanding about what the right thing is to do, in terms of performing, or their music. And the guys in my band, they have the patience with them as well. I make sure of that,” Joel told Chris Wolf. “It’s important to me that the musicians I work with share these feelings.”

It Started With a Piano

Joel first got into music himself by singing in the church where his father was a minister. It didn’t take long for him to discover the piano and fall in love with the instrument. And though Joel was able to get into college on a trombone scholarship, he realized that the piano was the only instrument for him and he’s been devoted to it for his entire career.

“I gave up the trombone some years ago because I felt that the piano was enough work! I wanted to concentrate on just one thing. To me, the piano is a lot of work, and I’ve always wanted to put a lot of work into it. Since I started there, that’s my instrument,” Joel said.

“I’m always at the piano, which is an instrument you can do just about everything on. Writing seems to come sort of naturally, but I have to work at it. I do a lot of listening to other artists and studying songwriting skills and things of that nature, to work on my music,” Joel told Chris.

Over the past 30 years Joel has worked as a musician and musical director with some of the biggest names in the industry: Gladys Knight, Tony Orlando, Chakakahn, Barry White, Donna Summer.

“It’s unfortunate that we [musicians] have to put ourselves into categories. I have really eclectic tastes. I love all kinds of music. I want to say my music is kind of like world music. On a personal level, I love classical, jazz, good country, good R & B, good pop, it goes all over the place. But if I had to put myself in a category, it would be adult contemporary/jazz,” Joel said.

The Torrance audience already loves Joel’s shows, that’s why this will be his fourth time on the Nakano stage. But if you haven’t been before, all you have to know is that you’re in for an evening of really good music.

“I think this is going to be great! [Sarah-V] is going to do her music a little jazzier. I think both young ladies are going to be a lot of fun. I hope people feel like the show is full of fun and good music! You listen to the radio and the landscape of music today is at a very interesting point. I try to just play good music to people who enjoy that, just have fun, and [people can] enjoy the young people and the guys in the band. I just want people to have an extraordinary time,” Joel said.

The Studio Cabaret Series is a way to enjoy musical talent and tasty food in an intimate setting; it’s like dinner theater for your ears! The performances are set in the George Nakano Theatre at four-seat cocktail tables. The audience will enjoy delicious meals prepared by Red Car Brewery. Dinner for the performances of Joel Gaines & Friends will be Red Car Jambalaya and Red Car salad. And goodies from the always delicious Torrance Bakery will be available at intermission.

Get Tickets (and Bring Your Friends)

Come make your own happy memories with Joel Gaines & Friends! Tickets for the performance are still available but going fast!

Get Tickets to Joel Gaines & Friends