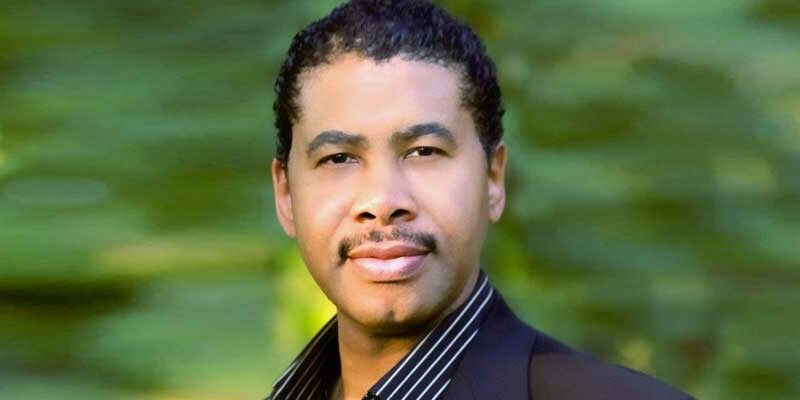 It was a slight twist of fate that brought Joel Gaines onto the stage in Torrance – knowing the right person at the right time. And now, a few short years later, Joel has become an audience favorite, with people snapping up tickets as soon as they’re available!

Joel Gaines & Friends is returning to the Nakano Theatre February 2nd and 3rd, and this time Joel is bringing with him two contestants from South Bay’s Got Talent, Danielle Morrow and Sterling Goddard. The young singers will have the chance to dazzle alongside Joel and his band.

“The focus is largely on the young people. This is something they don’t normally get to do especially with a professional band. The musicians will be great and the audience can expect to hear some exceptional music and have a good time,” Joel told us.

This will be Joel’s third time taking the stage at the Torrance Cultural Arts Center, and his second time mentoring and directing young talent from South Bay’s Got Talent in a live show.

“I like to give back, to help young people. I’ve been in this business for a long time, 30 years now, and people have helped me along the way – they still do! I have a lot of compassion for young people trying to be artists, musicians. It’s a lonely job and you need a lot of encouragement. It’s a team sport up on stage, but if you want to be a high achiever, you have to put in a lot of work on your own,” Joel said.

The young singers each chose their own songs, then took time to prepare. Rehearsal was held recently and Joel said, “It went really, really well! They’re great artists, they knew all their material and came prepared. That’s the number one thing when you’re a professional musician.”

Joel started playing piano around the age of eight (or nine), and hasn’t stopped ever since. After playing piano for a number of years, Joel took up the trombone – and even went to college as a trombone player. But he realized that the piano was the only instrument for him and he poured his entire focus into the ivory keys.

Now, 30 years later, he’s spent his career as a musical director for some of the biggest names in music, like Gladys Knight, Tony Orlando, Chaka Kahn, Barry White, and Donna Summer. But while he loves playing with the stars, he’s ready to shine on his own.

“Right now, I’m trying to concentrate on being an artist,” Joel said. “I still play for other people but I want to write, I want to sing, I want to make my own music.”

In fact, Joel has a new single that came out last summer called Bumpin’ Blues, and it’s “a journey into some cool, funky jazz.” The mellow, melodic piece features his signature skills on the keyboard, and is sure to get stuck in your head. (Click here to check it out!)

“Music is my passion, my life’s work. And the love for what I do has never been higher than it is right now for music, the piano, everything in my life,” Joel said. “I’m driven with the passion of making music and creating and making people happy and being a positive force in life. If I can put a smile on their face or have a happy memory… that’s what musicians do, we make memories to a large degree. We make good memories for people.”

The Studio Cabaret Series is a way to enjoy musical talent and tasty food in an intimate setting; it’s like dinner theater for your ears! The performances are set in the George Nakano Theatre at four-seat cocktail tables. The audience will enjoy delicious meals prepared by local chef Peter Carpenter of Gourmet to You catering. Dinner for the performances of Joel Gaines & Friends will be hearty beef stew, buttered noodles, and pub green salad. And goodies from the always delicious Torrance Bakery will be available at intermission.

Get Tickets (and Bring Your Friends)

Come make your own happy memories with Joel Gaines & Friends! Tickets for the performance are still available but going fast!

Get Tickets to Joel Gaines & Friends