Have You Heard What’s Going On? It’s The Marvin Gaye Experience! 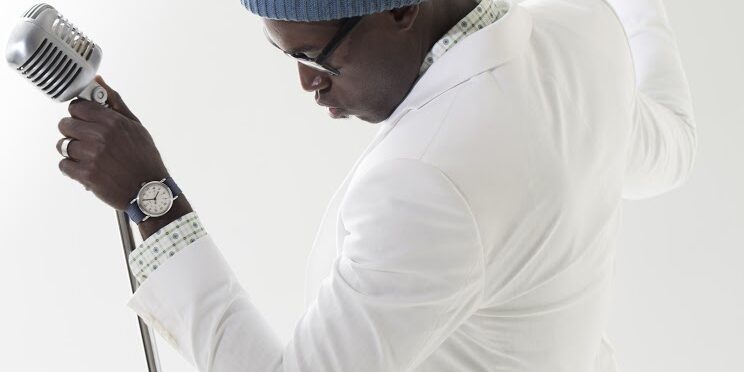 Reserve Your Seat For This Show On Saturday, March 25th at 8PM

The smooth sounds and rhythmic beat of soul music have roots deep in American soil. Born of gritty vocal stylings, naked emotion, and the personal testimony of African American gospel music, soul music has been a part of our shared culture for decades. It has shaped much of today’s music and is enjoying a revival at the hands of young soul singers.

One of the most influential musicians of soul music is arguably Marvin Gaye. Through the 60s and 70s his music transformed the Motown Sound synonymous with soul music, bringing it into a new era of concept albums that stood as testament about the state of the world and gave voice to marginalized groups. He was a writer, producer, and musician who played a variety of instruments; but most of all, he was a visionary.

He’s been called “the number one purveyor of soul music…” and a musician “who transcended the boundaries of rhythm and blues as no other performer had done before.” Dubbed “the Prince of Motown” in the 60s, Gaye went on to write one of the most renowned soul albums of all time What’s Going On? as an autonomous artist in the early 70s.

His tragic and untimely death in 1984 was a blow to the music world, though his works continue to inspire and influence a new crop of soul musicians to this very day.

One of the new voices of soul music, Brian Owens, was inspired to create his own tribute show, What’s Going On: The Marvin Gaye Experience, as an homage not just to the man himself, but to soul music as a whole.

Brian brought the Marvin Gaye Experience to life in 2013 because, as he’s said, “I’ve always wanted to delve more into the Marvin Gaye songbook. I love his music and the versatility and depth of his discography.”

He felt that bringing the music of Marvin Gaye back to the stage was about “preservation; it’s a matter of upholding the tradition of true soul music that is so desperately needed in our culture today.” The show includes several songs from the thematic masterpiece What’s Going On? which Brian feels is “one of the most socially important artistic works in the history of American music.”

Though he is performing the Hall of Famer’s music, this show is more than simply an impersonation of Gaye’s work. Just like the show is called, it’s an experience, akin to what an audience would have seen and heard had they been at a Marvin Gaye performance. It’s a tribute to the life and legendary works of an artist who died too young.

Brian Owens was raised near St. Louis, MO, and became involved with music from a young age. His musical foundation was laid through his church and the tradition he found of rich harmony and inspirational singing. It was there that he grew to love soul music and was influenced by the great soul singers like Sam Cooke, Curtis Mayfield, and, of course, Marvin Gaye.

As a resident of Ferguson, MO, Brian takes great pride in leading by example in his community. Currently, Brian is the Artist In Residence at the St. Louis Symphony where he oversees the In Unison Church and Mentoring program. He provides education in music, art, and technology with the goal of empowering the youth in his community. He started the charitable initiative L.I.F.E. (Leadership, Innovation, Faith, and Excellence) Cultural and Performing Arts as a way to connect kids to the arts as a means of expression when they might have no other options.

Brian’s projects and the way he gives back to his community aren’t his only accomplishments. He’s performed for former First Lady Michelle Obama at the White House; he’s performed at the World Series; and he’s opened for Ramsey Lewis and Michael McDonald. He’s also appeared on The Ellen DeGeneres Show, The Wayne Brady Show, and more national TV programs.

Brian has written and produced several of his own albums, including Preach!, Moods & Messages, and most recently, Soul of Ferguson (just released Feb 24). Each album showcases Brian’s powerful, emotional vocals and the musical genius of his band the Deacons of Soul.

Full of passion for music and being a positive force within his home neighborhood of Ferguson, Brian Owens has definitely earned the moniker of “the second coming of Marvin Gaye”. Just as Marvin Gaye sought to use music to transcend boundaries and lift up people who felt trapped or down on their luck, Brian uses his music in a similar way. He refuses to be boxed in, insisting that his music touches on everything from gospel and R&B, to jazz, country, and the blues.

“To me, it’s all American,” he says on his website. “When people ask me what I am, I say I’m an American soul singer. It’s American soul.”

Don’t miss out on this experience. Reserve your seats by clicking here!