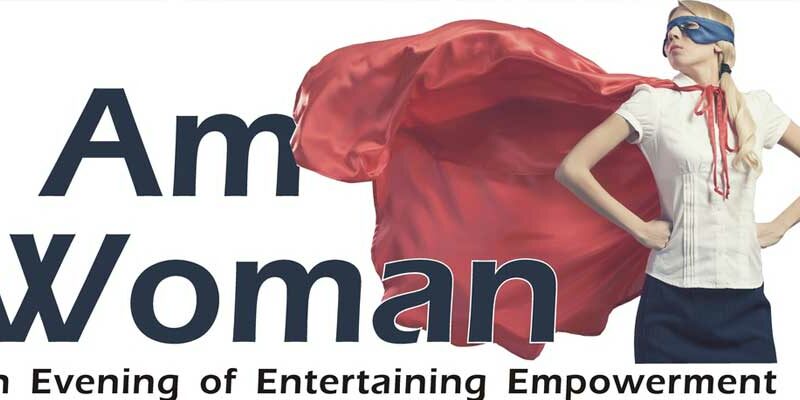 Over the past several months a new social discourse has sprung up. A discourse around equality and women’s rights.

Yes, this is a conversation that has been going on for centuries, but today’s conversation has a different tone and intensity. And with everything being said about this very important topic, TOCA’s Executive Director, Christian Wolf, felt it was imperative to add some positivity to the conversation – in the form of an event meant to honor, uplift, and celebrate women.

That’s when actress, comedian and author Wendy Hammers got involved. When Chris asked her to put the show together, Wendy immediately said yes and got to work planning an event filled with inspiring women from all walks of life, an event she called I Am Woman.

“This show has been over a year in the making. I wanted to do something that celebrated women, celebrated the power of women, and honored women throughout our culture,” Wendy said.

The show will feature women between the ages of 10-80. There will be storytellers, singers, dancers, and comedians.

“While putting together the line up of the show, I thought long and hard about who I wanted to perform. I know a lot of people. But I chose women who always make me feel like my spirits are lifted whenever I run into them,” Wendy said.

The show will showcase a variety of performance styles from the following performers:

Wendy will be the master of ceremonies for the event and will also perform a couple of pieces she wrote called “50 Shades of Gray Hair” and “Silver is the New Black.” She’s also been seen in Curb Your Enthusiasm, The Sopranos, and Mad About You. As a cancer survivor and thriver, she travels around the country to inspire other women with her message – Life is short, so celebrate it while you can, in the body that you currently have, at the age you are right now.

A gifted singer, Rena has been performing on stages for over 20 years. She originated the role of Cosette in Les Miserable on Broadway and has also been in Fiddler on the Roof and Beauty & the Beast. She finds pure joy in teaching voice at a music school for blind children and one of her students will be joining her on stage.

Often billed as “America’s favorite hearing-impaired comedienne”, Kathy is a comedienne, actress, motivational speaker, and best-selling author of If You Could Hear What I See. When she’s not performing stand up, she works as an inspirational speaker for Tony Robbins’ Life Mastery Classes. And she serves as the national spokesperson for the non-profit “No Limits for Deaf Children”, a nationwide theater group and after school program for low-income families.

Bonnie started studying modern dance at the age of 28 and had her first solo concert at 40.  She’s been a teacher, a choreographer, and performer for decades.  And now she’s taking to the stage again at the ripe young age of to dance in celebration of women!

Actress, playwright, writer, producer, and cultural HERstorian, Amy will perform an excerpt of her one-woman show “She’s History”, which is about women from history you’ve probably never heard of. She’s now working to develop a full cast, all female version of She’s History! Amy writes, blogs, performs, and entertains on stage, determined to share with the world all the fabulous females we don’t know enough about.

Suzanne Whang is best known as the decade-long host of HGTV’s unstoppable hit cable show, House Hunters.  TV viewers also know this multi-talented artist as a dexterous character actor, most notably appearing for four consecutive seasons as Polly the spa manager on NBC’s Las Vegas.  She’s currently starring in the hit Netflix feature film A Weekend with the Family as Sue Clancy.  As a stand-up comic, Suzanne won the Best Up & Coming Comedian Award at the Las Vegas Comedy Festival, and the New York Comedy Festival’s first annual Andy Kaufman Award.  A graduate of Yale University with a Master’s degree from Brown University, she is also a political activist and professional keynote speaker.

Suzanne has been a vocal advocate for many causes, including domestic violence prevention, animal rights, green energy, holistic health care, and same sex marriage rights.  Most recently she has joined forces with Equal Means Equal to educate Americans that women do not have equal rights in the Constitution and to finally ratify the Equal Rights Amendment which was first proposed in 1917.  Suzanne is also an active member of Everytown and Moms Demand Action  whose mission is to end gun violence in America.  For the past 6 years she has also been teaching an ongoing artistic workshop called The Playing Field for artists of all types, providing a safe and fun environment for creative expression.  Suzanne recently launched a new podcast called LoveStop (on SoundCloud & iTunes) with her best friend Vanessa Marcil, which is an honest uncensored conversation about a wide variety of topics.  In 2011, Suzanne was diagnosed with stage 4 breast cancer and given 6 months to live.  She miraculously reversed the disease, reclaimed her health, and is writing a book about how she made cancer her bitch!

Tickets Still Available for I Am Woman

The show, while focused on women and their unique experiences, is open for everyone to come and enjoy.

“This is a celebration for women and men,” said Wendy. “Our belief is not that men are the problem; men are never the problem, ignorance is the problem. Our culture has hit a watershed moment, and people are no longer putting up with nonsense. When you have women speaking their truth and coming from a place of passion, only good things can happen!”

Gather up a group of your best girl friends (and guy friends) and come spend an evening with empowered, inspiring, funny, heartfelt women. Tickets are still available for the March 24th show.

Get Tickets to I Am Woman