In Perfect Harmony, More Than Just One Note! 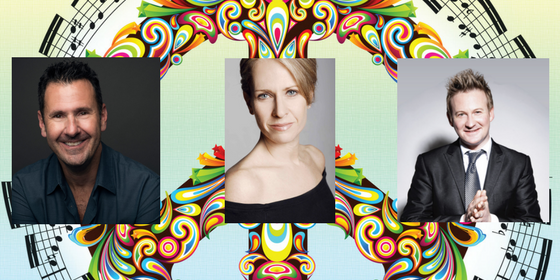 “You don’t get harmony when everybody sings the same note.” Doug Floyd

Reserve your tickets to both upcoming shows on October 7th – at 2pm or 8pm here!

What you do you get when you cross award-winning artists with a setlist stocked with the most memorable songs from the 60s and 70s? You get In Perfect Harmony, a brand-new show from musical masterminds Lee Lessack, Johnny Rodgers and Susannah Mars!

The Torrance Cultural Arts Foundation is excited to host the premiere of In Perfect Harmony, a show that celebrates the peace-loving 60s and 70s with soothing harmonies and live music.

We had a chance to sit down and chat with show creator, Lee Lessack, to talk to him about the show, the performers, and the setlist. Read on to learn more!

And Then There Was In Perfect Harmony

When Lee approached TOCA Executive Director Christian Wolf with the idea for the show, it was a no brainer. Chris was well aware of the work Lee and musical associate Johnny Rodgers had done in the past. Together Lee and Johnny worked on a successful Rat Pack tribute, and the hugely popular Live In Central Park Revisited.

Live in Central Park Revisited was a tribute to the 1981 benefit concert put on by Simon and Garfunkel. Lee and Johnny performed the entire original setlist – and it was a huge hit with audiences across the country.

As he considered creating a new show, Lee reflected back on his most successful and popular concerts and realized they all had one thing in common: harmony. There was something about the harmonizing vocals that really spoke to people.

The 60s, and 70s were the time of harmony groups with all the major names from those decades singing in harmony. That was all the inspiration Lee needed and he got right down to business putting together a show he knew audiences would love.

Favorite Songs from the 60s and 70s

The songs in In Perfect Harmony are some of the best-loved and most recognizable from the peace-loving era of the 60s and 70s. Lee, along with pianist and singer Johnny Rodgers, Susannah Mars and guitarist Joe Ravo, carefully chose songs he felt were deeply ingrained in our collective consciousness. Songs we can all sing along to when they come on the radio, songs that were probably playing in your kitchen when you were growing up.

The setlist will include songs from the Beach Boys (“Good Vibrations”), the Mamas and the Papas (“California Dreaming”), Peter, Paul, and Mary (“500 Miles”), The Beatles (“Here Comes the Sun”), Simon & Garfunkel (“Sounds of Silence”), James Taylor (“You Can Close Your Eyes”), and more (because this is a new show, the setlist might shift a bit before the opening curtain).

When first putting the arrangements together for the songs in the set, Lee said he and Johnny tried to be creative, to put a unique spin on the songs and give the audience something new and exciting. But it just didn’t work. The original harmonies are so ingrained, so woven into ears and minds, that changing it up felt wrong. He decided to keep the harmonies that had been perfected decades ago, harmonies loved and shared by many generations of families all over the country.

Throughout the show the audience will be treated to a multimedia experience. Images and photo collages that go along with each song will be displayed on a giant screen behind the performers. The images were each chosen or created to go along with specific song lyrics or imagery and are intended to enhance audience enjoyment.

The performers who make up IPH are talented singers and musicians with decades of experience. 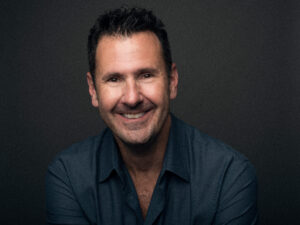 Lee Lessack has been singing and performing for audiences around the world for over 25 years. He’s toured extensively in the US and Europe to sold-out crowds and has released five studio albums. He has a talent for putting together top-notch shows and Billboard has called his singing, “Cabaret romanticism of a high order.” Lee founded LML Music in 1996 where he produces and creates concerts that he knows audiences will love.

Many of his phenomenal roster of artists have performed on Broadway (Chita Rivera anyone?) and he loves all the shows he’s created. He never feels like he’s doing shows simply to make a living – he’s putting together performers and songs he loves, and that audiences love, too. 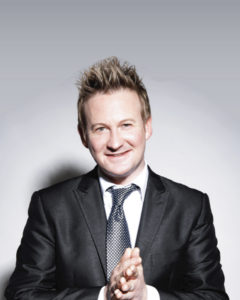 World-renowned singer, songwriter, pianist, and Broadway star Johnny Rodgers has been called “infused with elements of Billy Joel, Peter Allen, and Johnny Mercer,” by the New York Times. He’s won multiple awards for songwriting and performances, and he was even singled out by Liza Minnelli to tour with her for Liza’s At the Palace. 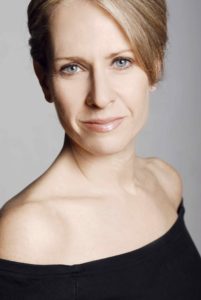 Susannah Mars is the “reigning Portland musical diva”, a six-time Portland Drama Critic award winner. She’s been based in Portland, OR, for over 25 years, and has appeared in hundreds of concerts, productions, and recordings. Susannah was one of the first artists that Lee distributed on his music label, and he was ecstatic to find a way for them to work together. Plus, her voice is a perfect match for the songs in this show.

No stranger to the stage, Joe Ravo is a multifaceted guitarist who has performed in hit Broadway shows and with jazz legends. As the guitarist for the Johnny Rodgers Band, Joe has recorded with Liza Minelli and toured all over the world as a cultural ambassador for the United States. Joe worked alongside Lee and Johnny on the arrangements for this show.

These seasoned performers, along with local musicians, will tickle eardrums and get feet a tappin’ in time to the perfect harmonies of songs deeply embedded in our collective memory. It all starts in Torrance, the cultural heart of the South Bay.

Give Peace a Chance – Don’t Miss In Perfect Harmony!

Be a part of the inaugural audience for In Perfect Harmony by clicking here to buy tickets. And did you know that if you buy tickets to any three TOCA shows you automatically become a season subscriber?

Find out more about the benefits of being a subscriber by clicking here to select your 3 shows!