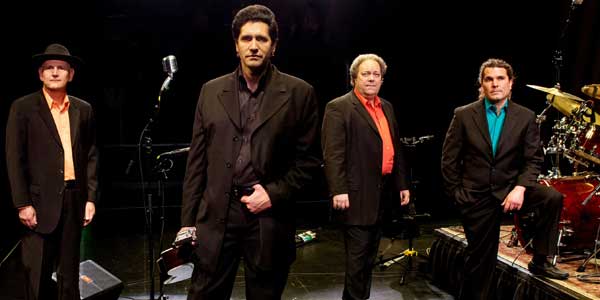 Click here to get tickets to see James Garner’s Tribute to Johnny Cash on November 3rd at 8:00 pm!

When James Garner was 11 years old, Johnny Cash played a show in his hometown, which James’s father attended. Curious, young James wanted to know more about the musician his father was going to see, so he bought himself a cassette tape and listened to the whole thing in one sitting.

The music hit him, rolled over him like a wave. He felt a connection to the powerful vocals – and the story they told.

It was nothing like the music James and his friends heard on the radio in the early 90s. And James was totally hooked. He felt a connection to Cash’s music that he later realized had a lot to do with their similar backgrounds: both of them had grown up on cotton farms in rural areas, working every day to help their families make a living.

The Power of Johnny Cash

James was so taken by Johnny Cash’s music that he picked up a guitar and taught himself how to play by listening to Cash’s recordings over and over. His goal was simple: he wanted to learn how to play the music that he loved so much.

One fateful night in a karaoke bar, James met his future bandmates after singing one of Cash’s songs. They approached him about getting a band together when he was done, and now, over a decade later, they’re still playing together.

For 11 years James has been touring this show, playing for people of all ages who love Johnny Cash. He’s even played Folsom Prison – and with Cash’s daughter, Tara.

But this tribute show isn’t simply a concert of Johnny Cash’s songs; it’s much more than that. It’s almost like a history lesson, a live documentary. Though he doesn’t follow a script, every song has a story. And in between songs James shares those stories with the audience. Part of what he loves about doing this show is being able to share these bits of information about Johnny Cash’s life – and music.

“There’s a message in his songs. It’s storytelling music and it’s got an honesty, a truth. People are looking for something that, well, seems like honesty to them. And I think they find it in Johnny Cash’s music,” James said.

In the end, James just hopes that the audience will walk away with a deeper understand of, and love for, Johnny Cash. Because that’s why he created this show, and why he loves performing.

Tickets to see James Garner’s Tribute to Johnny Cash on Saturday, November 3, 2018, at 8:00 pm are on sale now!  This toe-tapping trip down memory lane is a fitting tribute to a legendary icon.  Johnny Cash lives on in spirit through James Garner.  You won’t want to miss it!

Get Tickets to James Garner’s Tribute to Johnny Cash!