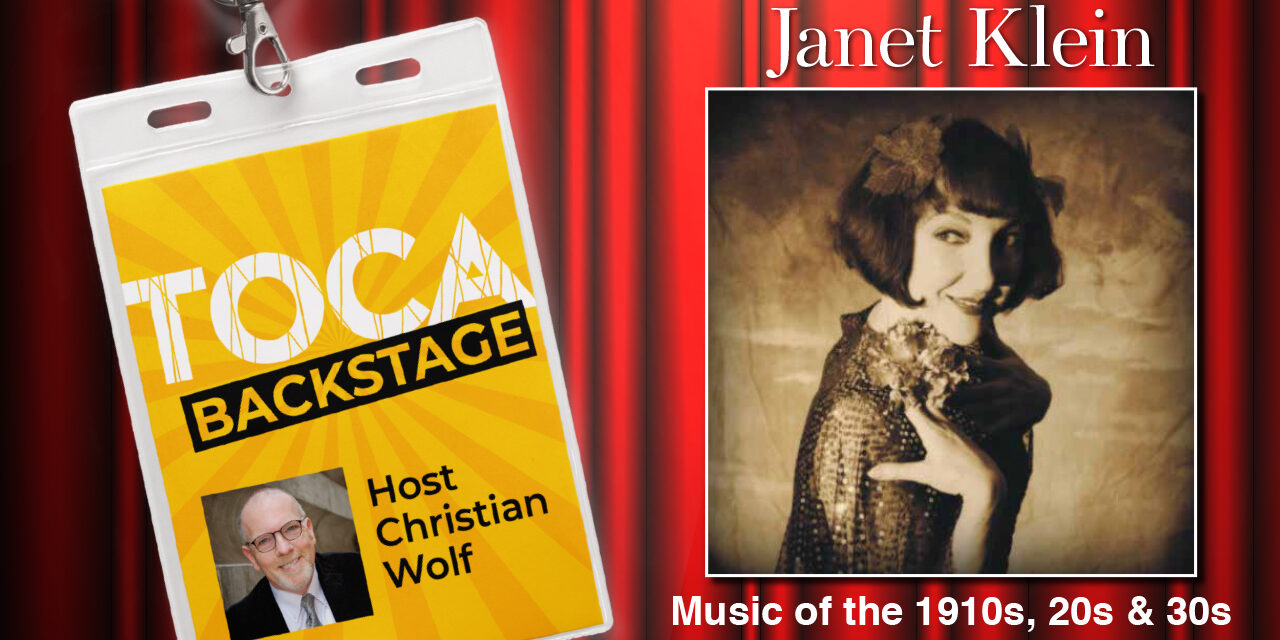 Janet Klein has performed for TOCA before. If you were lucky enough to catch one of performances, you know how fun her song is and how authentic her voice is. She is truly one of a kind. Bearing an ever-expanding repertoire of, as she puts it, “obscure, lovely and naughty songs from the 1910s, ‘20s and ‘30s,” Janet Klein is a musical archaeologist hiding in the body of an F. Scott Fitzgerald heroine. Her music is as timeless as her personality.

Now is your chance to have a special message and song sent to someone special through our TOCA To Go project. You can find the TOCA To Go packages here: TOCA To Go

Janet took some time to speak with our Executive Director about her music and the project. Check it out.