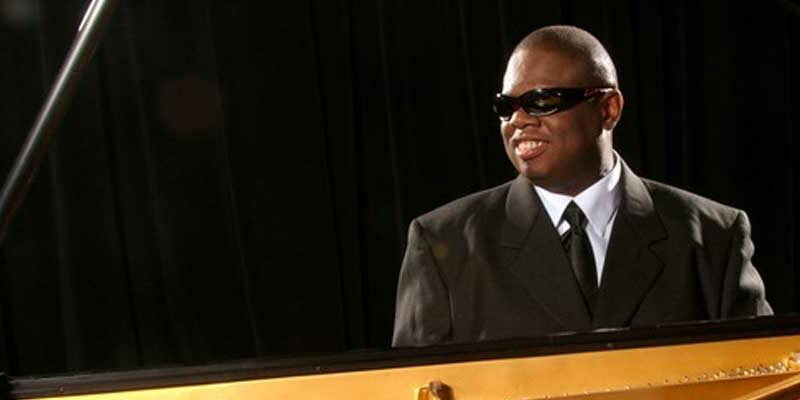 Joe McBride, a contemporary jazz pianist and singer, wasn’t forced to take piano lessons as young child. At the tender age of four years old, he asked to learn how to play the piano.

“When I was about four I went to a Christmas party at my uncle’s house. My cousin had just gotten a keyboard for Christmas and I gravitated towards it. I spent the whole time playing with the keyboard and didn’t want to leave it!” Joe said. “I cried for three days afterwards until my parents bought me a keyboard of my own!”

Joe had fallen in love with playing music. He loved everything about it.

“Growing up, we always listened to the radio. But the thing is, I always thought I could do that myself!” Joe said.

Though he grew up in Missouri in the 1960s and 70s with limited radio station choices, Joe was still exposed to many popular artists. He loved the disco era, classic rock, and soul. And it wasn’t until he was a teenager that he was first introduced to the jazz greats like Duke Ellington and Ella Fitzgerald and he fell deeply in love with jazz.

“With jazz, once you’ve put down the foundation, you can make it up as you go and play around with it,” said Joe.

Despite his obvious musical talent, Joe stopped taking piano lessons when he was in sixth grade.

“I was bored,” Joe said. “I was tired of playing those chords! Every time my teacher would leave the room, I’d play what I was hearing on the radio. Then I’d stop when he came back, telling me to ‘quit playing that trash’ and focus on playing ‘real’ piano!”

During his teen years, Joe contracted degenerative eye disease and eventually lost his eyesight. But he never lost his passion for music and attended Webster University in St. Louis where he majored in Jazz Performance.

After college, Joe moved to sunny southern California where he found a place in the band Fattburger in San Diego. But after a couple of years, Joe went to visit his brother in Dallas, TX, and ended up with a thriving career in the jazz club scene. He was inundated with performance offers, which lead to him playing with some of the most popular musicians of the 80s.

In 1992 Joe released his debut album, Grace, which earned him a place in heavy rotation at the smooth jazz radio stations. He didn’t stop there! During the 90s he released three more albums, and then another three in the early 2000s. His last and most recent album, Lookin’ for a Change, was released in 2009.

Lookin’ for a Change was truly a change for Joe. He recorded acoustic jazz arrangements of pop songs from artists like Gnarls Barkley, Coldplay, Seal, and Jill Scott. About that album he said, “I really wanted to try to reach a different audience…I’m all about growth. It’s all about making old things new.”

But when it comes to recording an new album, he said, “I’m always creating. I love to work on new material, but at the moment I’m not working on a new album. I’m really into what I’m doing right now, mixing contemporary jazz with R&B and soul without synthesizers. I’m planning to record songs on my own and slowly put something together,” Joe said.

The Tribute to Ray Charles

Joe’s decision to create a tribute show around legend Ray Charles was a no brainer. He’d been playing the music at shows for quite some time and the audience really seemed to enjoy it.

“The contribution he made to music was so amazing, he was such a genius,” Joe said. I have a great respect for Ray and the contributions he made. He’s influenced so many different styles, he was a real crossover artist. Everything from gospel to country, he touched it.”

People coming to the show on April 13th can expect a good time with good music. “I’m looking forward to meeting everybody! It’s my favorite thing about going on the road, meeting people,” Joe said.

Come on out to meet Joe McBride and hear him channel the legendary Ray Charles!