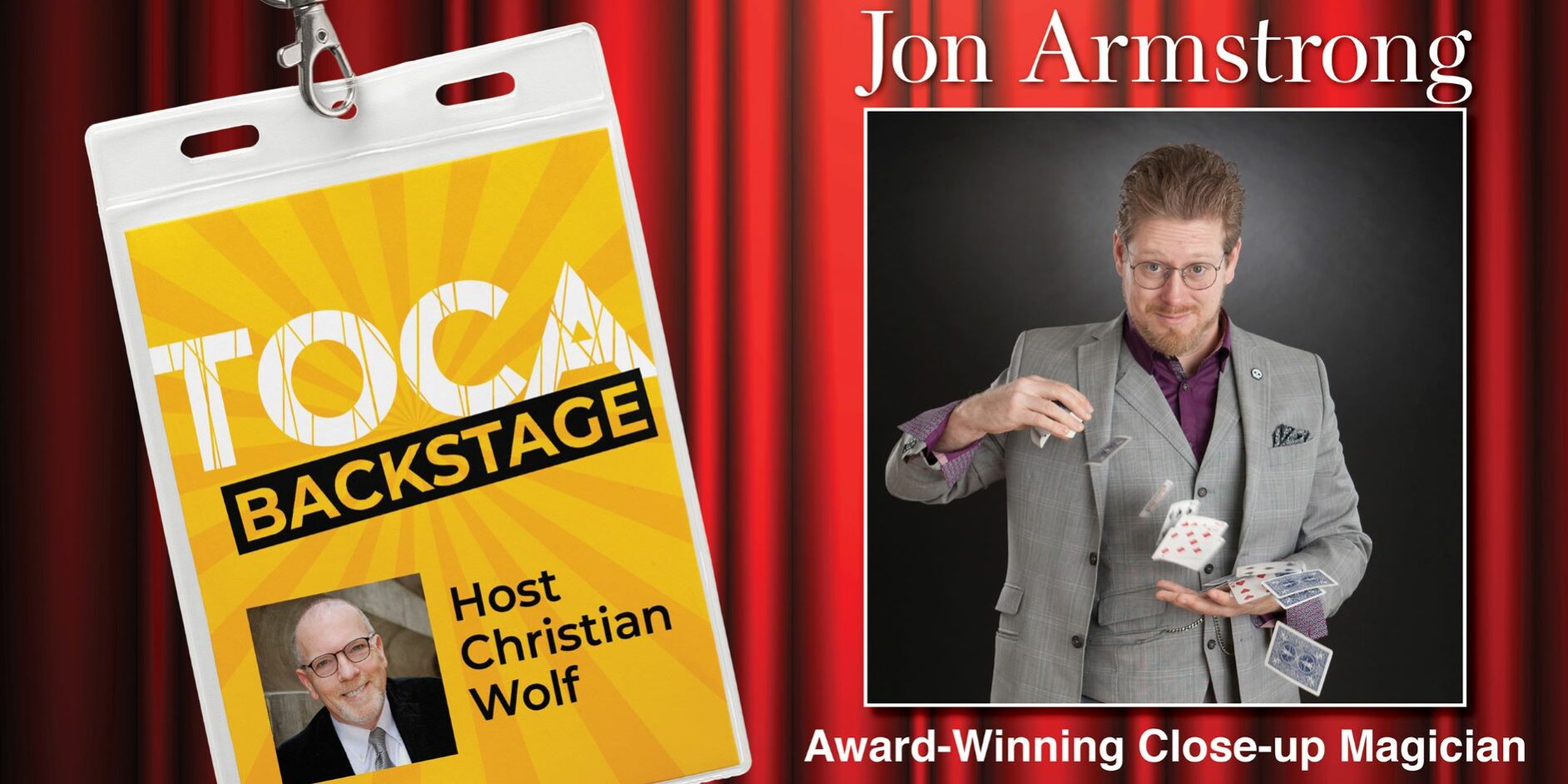 This truly interactive 45+ minute performance by award winning close up magician Jon Armstrong will blow your mind. Unlike any televised performance by a magician, you know that there are no camera tricks, edits or special effects as it is happening live via Zoom.

Jon Armstrong has won numerous awards including Close Up Magician of the Year. His special brand of humor and magic have been seen in 30 countries, not to mention “The Today Show”, “The Tonight Show with Jay Leno” and “Penn and Teller’s Fool Us” , which caused Penn to exclaim his act as “the most original I’ve ever seen!”

When you see him live, Jon hopes that you laugh loudly, are amazed by his skills, and most of all, feel like you made a new friend.
Tickets are only $25 and available here: Reserve Your Seat For Magic Up Close Here

Learn more about Jon and his craft by joining our conversation below: