Julie Baker – Executive Director of Californians for the Arts 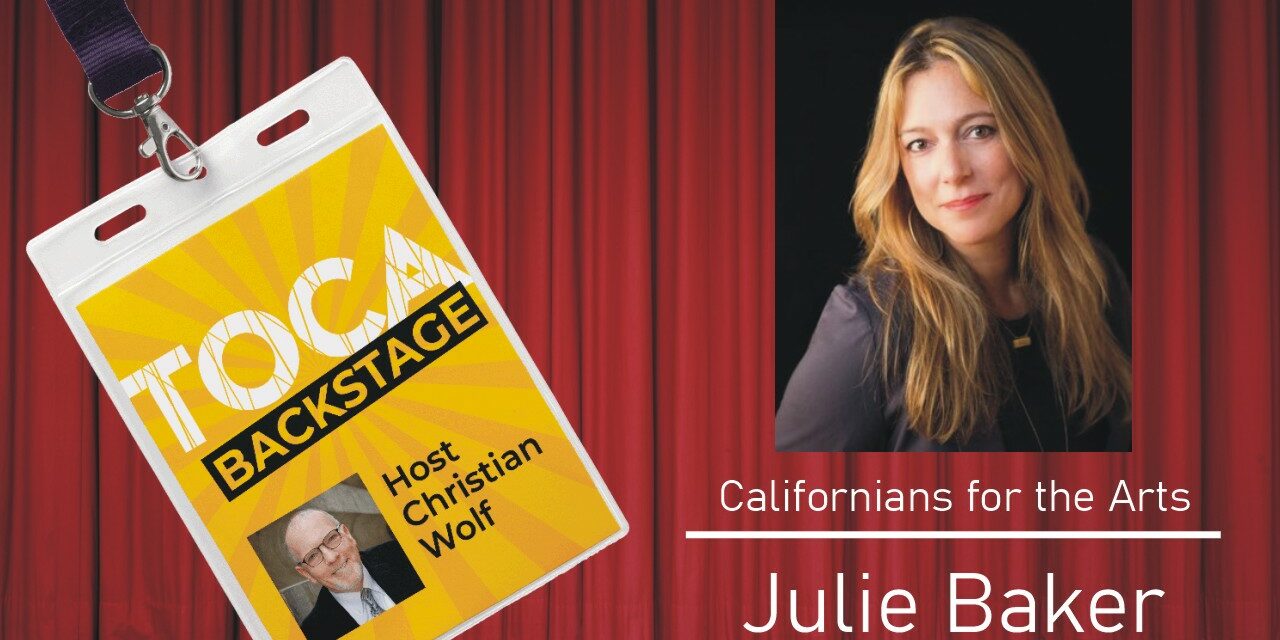 Arts organizations (as well as small businesses) was hit with Assembly Bill 5 (AB5) at the beginning of the year which outlines a new way to determine who is an independent contractor vs an employee. With the changes in the determination, many found that creative artists who were once paid per gig or as an independent contractor were now seen, in the eyes of this bill, as an employee. Needless to say, that has major financial repercussions for these organizations and business. Then, if that wasn’t bad enough, along comes Covid 19 which is close to being the devastating blow to most organizations.

I reached out to Julie Baker the Executive Director for the Californians for the Arts organization to see if she could help answer some basic concerns.

Julie Baker is a seasoned arts and marketing professional. Prior to becoming Executive Director of Californians For The Arts and California Arts Advocates in October of 2018, Julie Baker served on the board for four years as chair of the membership committee and of Confluence, an arts advocacy conference. She serves as the California State Captain to Americans for the Arts’, National Arts Action Summit and is chair of the visibility committee for the State Arts Action Network. From 2009-2017, Julie Baker served as the Executive Director of The Center for the Arts, a non-profit performing arts venue and California WorldFest, an annual music and camping festival located in Grass Valley, CA.

Prior to moving to California, Baker worked in New York City at several prominent art galleries and the international auction house Christie’s before becoming the President of her family’s art marketing agency, Gerngross & Company Inc. In 1998, she moved with her family to Nevada City, CA where she was first employed as a Senior Executive Producer for Tristream, a 20- person web development and marketing/branding company. In 2001, she returned to her passion for the arts and opened Julie Baker Fine Art, a gallery of emerging artists. She was the co-founder of Flow art fair, a satellite art fair to Art Basel Miami Beach. She is active in her local community including serving on the high school Site Council and the board of California Heritage: Indigenous Research Project.

Click the video below to watch and listen in to our conversation: