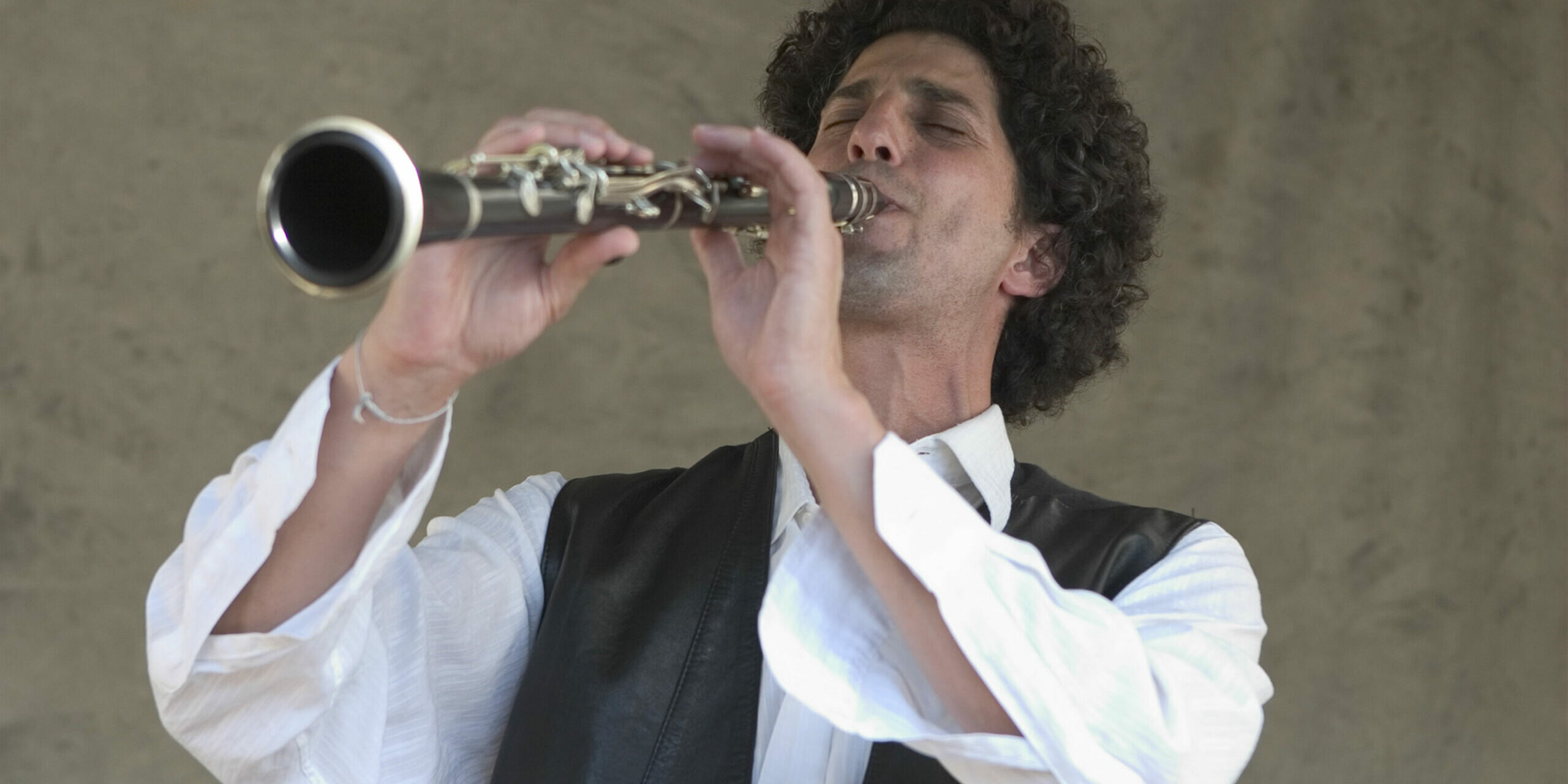 The plaintive wail of a clarinet fills the air, its wordless voice telling a story, taking you on a journey.  Soon the rhythmic thump of a stand up bass joins in along with the deep throated moan of a trombone.

The sounds join together, picking up speed, morphing from a mournful hymn into a joyful celebration.  Leading the panoply, the clarinet seems to laugh and cry in alternating turns.  The music builds to an energetic crescendo, an irresistible explosion of movement and sound.

This is Klezmer, Jewish folk music that has been played at weddings and bar mitzvahs since generations beyond memory.  It is the sound of Jewish soul music, both joyful and weeping.  And it’s had quite a journey through the ages.

A Brief History and Introduction to Klezmer

The Hebrew word Klezmer comes from combining the words “kley” (vessel) and “zemer” (melody).  It originated in Eastern Europe centuries ago and has been influenced by many different cultures over many, many years.  Both celebratory and soulful, Klezmer became synonymous with Jewish folk musicians (or “klezmorims”) during the Middle Ages.

For hundreds of years klezmorims worked to develop their particular musical sound and style while faced with cultural restrictions and competing local musical styles.  Then, in the 1750s the rise of the Chassidic movement supplied musicians with countless melodies and dances based on wordless prayer melodies (called nigunim).  Musicians became passionate and emotional as they played, which reflected the spirituality of the Chassidim.

In the 1800s the Jewish population was forced out of Russia and other Eastern European countries.  They traveled all across the globe, searching for the “goldene medineh” or golden land.  Families emigrated to North and South America, taking with them the tradition of Klezmer music.

And so Klezmer music became part of the tapestry of American culture.  The influx gave rise to an American Klezmer style, or “Americanishe”.  Traditional Klezmer melded with other popular forms of music: early jazz and swing, Dixieland, Russian dances, Chassidic drinking songs, and even Hungarian gypsy bravado.  The Americanishe version grew extremely popular in New York around the same time as Yiddish theaters and singers.

Though Klezmer was originally just the instrumental music played with clarinets, violins, basses, and cymbalom, thanks to the early Americanishe influence, it now incorporates songs from the Yiddish theater.

Which is exactly what Jewish folk music band, Klezmer Juice, has been doing for many decades.

Who is Klezmer Juice?

Klezmer Juice is a modern Jewish soul band with a youthful vibe and Latin undertones.  Bandleader Gustavo Bulgach has arranged fresh interpretations of traditional Jewish/Yiddish songs and added his own hipster rhythmic flair.

Born and raised in a large, active Jewish community in Buenos Aires, Argentina, he learned his love of Klezmer from his family from a young age.  Bulgach, the mastermind and driving force behind Klezmer Juice, has traveled the world, seeing first hand that Klezmer music is the “soundtrack of the Diaspora.”

Klezmer Juice has played for sold-out shows at the Hollywood Bowl, the Dorothy Chandler Pavilion, and the REDCAT Theater at the Disney Concert Hall.  They’ve even performed earlier this year at the Made In LA series at the Los Angeles Public Library.

Gustavo has been called a “gifted musician” with “expressiveness, energy, and major improvisational chops”.  Don’t miss your chance to see Klezmer Juice, a band critics have said have “a 21st century Klezmer soul with some syncopated gypsy swing”.

Get your tickets here today!