The Life and Legacy of Icon Gene Kelly 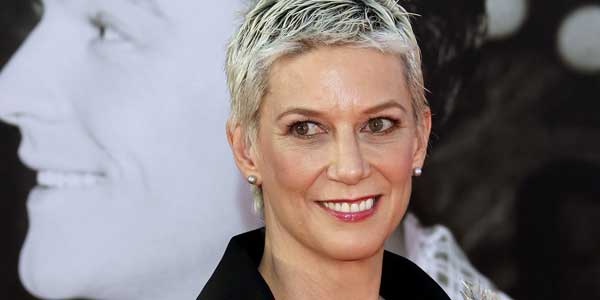 Click here to get tickets to watch Gene Kelly: The Legacy on October 6!

On the movie screen a handsome, athletic man with broad shoulders and a twinkle in his eye leaps and twirls across the set with an other-worldly grace. His muscular frame seems like it would be just at home on a football field, or baseball diamond, as it is on the stage.

There’s something mesmerizing, something powerful, in the way he moves around the screen. An irrefutable charm and vivacity that audiences loved for years – and still love to this day.

Gene Kelly’s talent was undeniable. Anyone who watched him perform, in perfect sync with a cartoon mouse, or tap dancing with a broom around a room, could feel his star power through the screen.

But there was so much more to the man than what was evident on film or stage: he had a tenacious and determined work ethic, he was highly education, and he spoke perfect French.

Now, you have the chance to experience the real Gene Kelly and to go behind the scenes of his life with his wife and biographer, Patricia Ward Kelly.

Gene Kelly, the Man, the Legacy

Patricia created her one-woman show, Gene Kelly: The Legacy, to give fans a glimpse into the unseen life of one of America’s favorite onscreen personalities. As both a journalist, and his wife, Patricia was in the unique position of being able to record most of what he said for over 10 years; it is this wealth of first-hand information that she’s used to recreate a story that no one else has.

“In addition to being his wife, he brought me out to California to be his biographer, to write his memoir, write his story. I had the unusual position of being both a journalist and his wife. I don’t think many spouses have that unique position, writing down what he was saying every minute of every day,” she said.

“In this show, it’s like asking the audience to take a journey with me. It’s like you’re getting in a little boat and I’m asking you to trust me. By the end of the journey you’ve learned a lot, and it’s a kind of transformative experience as well,” she said.

Patricia created the show in 2012 as an Oscar tribute to her late husband. She received so much positive feedback that she decided to share it with the world and take the show on tour. For the past six years she’s been performing all over the globe, sharing an intimate portrait of the man she knew, and loved.

“The Academy was very gracious with me and let me create this evening, and it took off like topsy! I think people responded to it because they love him, but they also love learning about this man, the man behind the scenes, what propelled him, what drove him, what inspired him, what moved him, what made him cry, what made him laugh. It’s a very intimate and very personal show,” she said

The show, Gene Kelly:The Legacy, is a multimedia performance, complete with movie clips and previously unreleased audio clips of Gene Kelly himself.

“As our relationship developed, Gene began to let down more and more of his guard. He was a very reserved man. I’ve always said that what you knew about him was what he allowed you to know. As our decade together grew, he began to not only reveal things to me, but also reveal things to himself,” she said.

Both before and after the performance, Patricia makes herself available to talk with fans and answer any questions audience members might have.

“I greet people before the show, I come out and say hello. I also stay after. It’s usually in those conversations that people say things to me that I then add something to the show. The problem is I could add so much! It’s fun because it doesn’t feel canned, and the audience is as much a part of the show as I am,” she said.

A Pioneer of American Dance

Gene Kelly is much loved for all the amazing work he did in front of the camera. But what he did behind the camera changed dance forever.

Executive Director Christian Wolf had a chance to sit down and talk to Patricia about the show. Check out their interview!

Get Tickets to Gene Kelly: The Legacy!