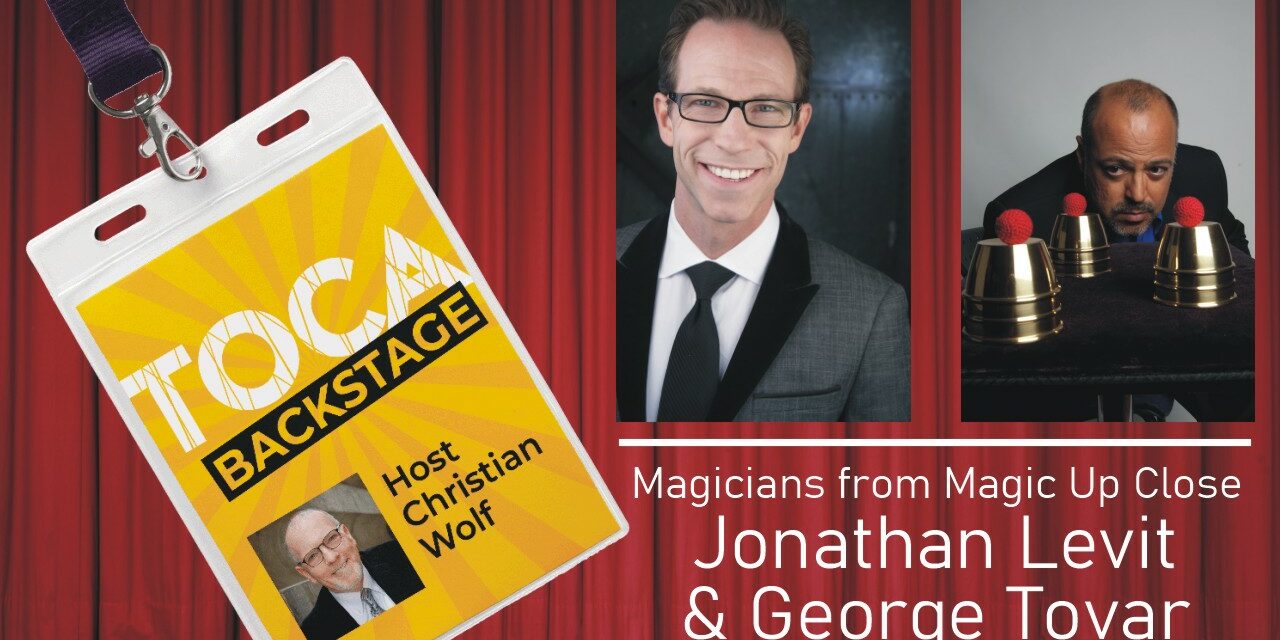 One of the shows that we had lined up for this season before we had to postpone everything was Magic Up Close. This is one of my favorite shows that we produce. Changing the Nakano Theatre into a very intimate performance area, we bring in magicians to present a full length presentation of magic up close.

This year we had scheduled Jonathan Levit and George Tovar for this intimate evening of magic. While we are waiting for the “all clear” to reschedule the performance, I thought we would share the interview we had done prior to the postponement.

If you can’t wait until the new date is announced for an evening of magic, you can try a cyber magic presentation by Jonathan Levit by visiting his website: Cybermagicshow.com

Or… do you want to learn magic? Here’s a great way to start, or if you’re like me, pick it up again after a REAL long time.

The Night Academy of magic

The Night Academy was founded by world-renowned magician Nicholas Night.

The Art & Illusion of Nicholas Night & Kinga, appeared on stage and television in over 30 countries with featured appearances in the U.S. on ABC’s Champions of Magic, Masters of Illusion, and Magic on the Edge television specials.

In addition to a full-time career in magic, for over ten years Nicholas worked as an executive in animation and gaming, creating and pitching original gaming, film and television concepts to top studios and networks such as Disney, MGM, Nickelodeon, Dr. Seuss Enterprises, NatGeo, PBS Kids and Cartoon Network.

So what led him to start a mail-order magic school?

Nicholas says, “Teaching magic and sleight-of-hand to my 10 yr. old son Jackson and his friends made me realize that “kid magic” – the kind you get in every magic set – was basically synonymous for “bad magic”. The props are inferior, and the tricks are tired and old-fashioned. I decided to create professional quality, easy-to-master original magic tricks that can be performed by anyone aged 8 to 88!”

And as a testament to the quality of the effects found in My Box Of Magic, a number of professional magicians have started to perform these tricks as part of their act – they’re THAT good!