Mandy Harvey – a Jazz Singer Who Just Happens to Be Deaf 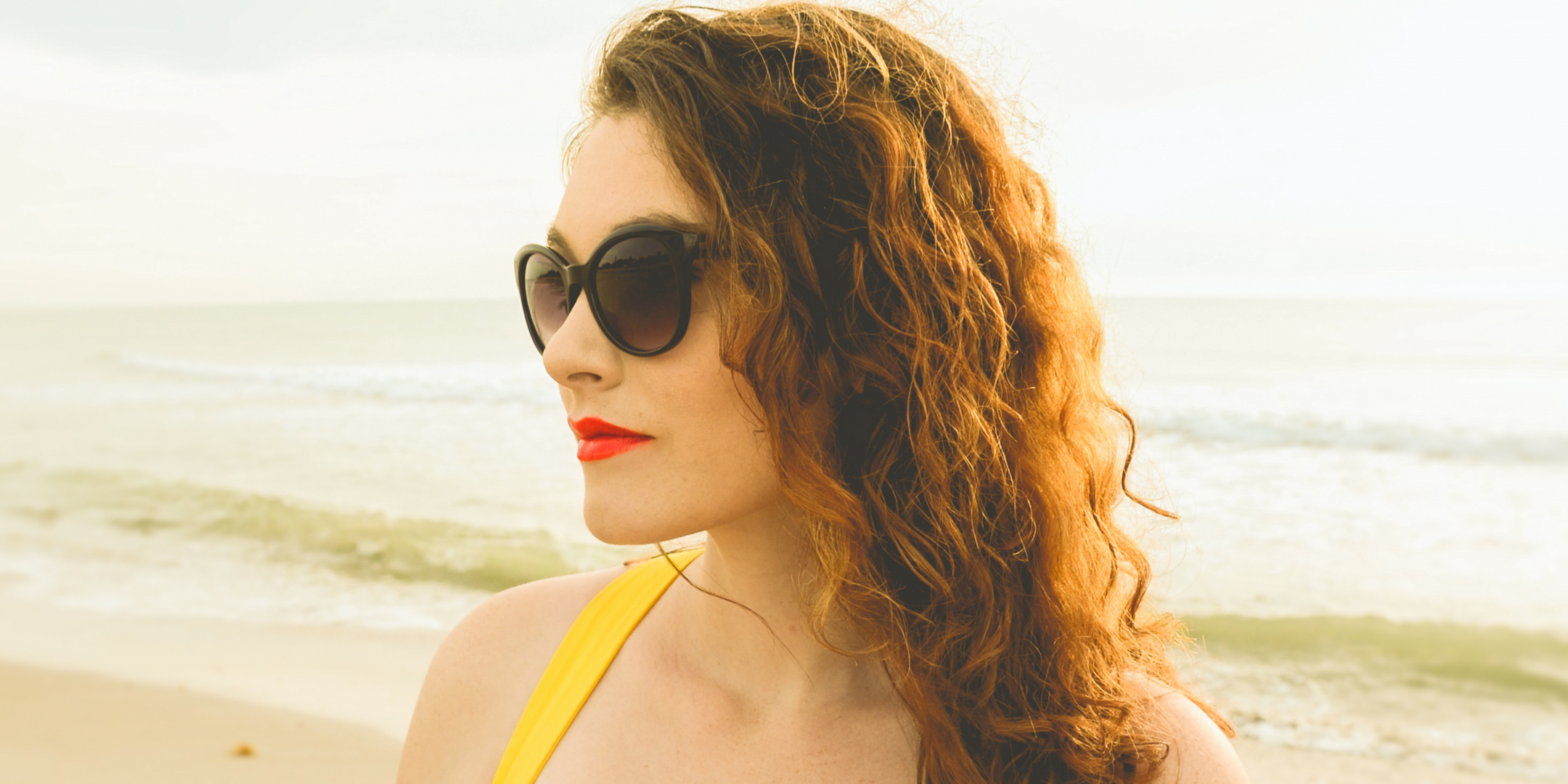 From the very first tinkling notes on the piano, the air in the room buzzes with electricity. The steady throbbing boom-boom-boom of the stand up bass joins in, mixing seamlessly with the bold, brassy tones of a sax. Warm and inviting jazz fills the air, pausing for half a breath as a clear, sweet voice rises above the music.

The young singer signs the words to the song as she sings, her movements graceful and right on beat. Her pitch is perfect, her notes smooth, her timing sublime.

You might never guess that she can’t hear any of it due to total hearing loss at the age of 18.

This is Mandy Harvey, award-winning jazz singer, songwriter, and motivational speaker. And she just so happens to have a disability not visible to the naked eye.

In the Beginning, There Was Always Music

Mandy’s love for music began at a young age. When she was four she started singing, joining every choir she could find as she grew up. But with a father who was a minister and mother who was a teacher, money could be a little tight. Mandy took things into her own hands by working odd jobs in order to pay for her vocal lessons.

It was during her youth that Mandy’s hearing loss started. A string of ear infections weakened her eardrums and doctors told her she would likely always be hearing impaired with an eventual loss of all her hearing during her middle years.

But Mandy never let that slow her down. When it came time to go to college, Mandy knew music was the only way she wanted to go. She enrolled in Colorado State University as a Vocal Music Education major and started taking classes. Unfortunately, it was during her first year in college that her she was declared legally deaf. Depression overtook Mandy and after her second semester she dropped out of college.

Darkest Before the Dawn

For a year Mandy allowed herself to mourn her loss: the loss of hearing, the loss of music, the loss of singing. Slowly she emerged from the cocoon of her depression – she joined the deaf social culture and even pursued a degree in early-childhood education.

Then one fateful day in 2008, her father asked her to sing while he played guitar. She thought he was nuts, but she gave it a shot anyway. Much to her surprise (and delight) she was able to visualize a note then sing it, hitting it right on more often than not.

From that point on, she reclaimed her musical past and took charge of her musical future. She got back in touch with her former vocal coach, performed at open mic nights in small clubs, and recorded her own album. She’s since won awards, written her own songs, toured all around the country, and has even performed at the Kennedy Center three times.

Determined not to let her invisible disability define what she and others like her can and cannot do, Mandy has become an accomplished motivational speaker worldwide. She continues to give back by working with nonprofits like No Barriers and Invisible Disabilities and also puts on clinics for songwriting and learning to “feel” music.

A Show You Won’t Forget

Watching Mandy perform you’d never know that she’s enveloped in silence. She is one with the music, alive with it, a true jazz singer who will take you on a journey with her voice. A jazz singer who, coincidentally, is deaf.