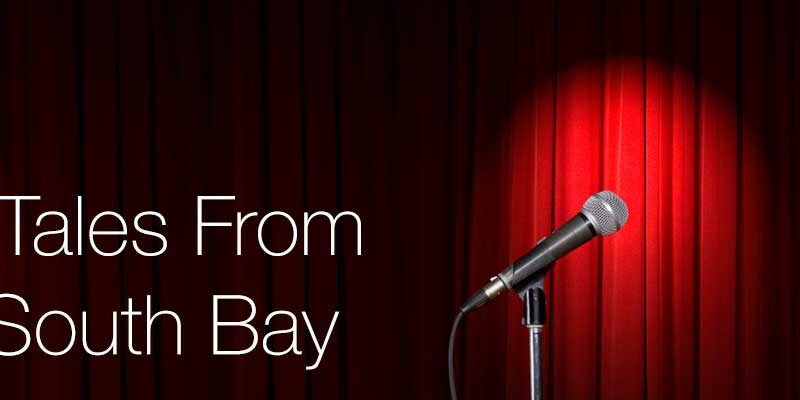 Click here to get tickets to True Tales From the South Bay on April 22nd at 7:00 pm!

After a successful premiere last year, the Torrance Cultural Arts Foundation is happy to present the second annual True Tales From the South Bay!

True Tales From the South Bay is a show curated and hosted by author/producer Mariana Williams. It will feature our own homegrown storytellers, along with experienced storytellers, as they tell true tales taken from real life events.

Last year’s show was a great success, according to TOCA Executive Director Christian Wolf. “It was fun to try last year, and I saw that it had traction. We were happy to bring it back,” he said.

Because of the good response last year, Chris and Mariana decided to add another storytelling event, the Storytelling Workshop, which takes place on April 8th.

“We really wanted the workshop to be like True Tales, but we realized that a lot of people don’t know how to tell stories on stage, or they’re afraid to do it. We wanted to make storytelling more accessible to people and teach them how to do it,” Chris said.

To be considered for True Tales From the South Bay, all you have to do is submit five lines about something that really happened to you (and had a surprising outcome). Any type of story is welcome: funny, sad, romantic, coming-of-age, sentimental, profound. The only requirement is that story lasts no longer than six minutes.

“It’s not a teachable moment, like a TED talk, not stand up open mic night where you have to be funny. It’s just sharing an anecdote that was profound or pivotal to your life,” said Mariana Williams.

The stories will be handpicked by Mariana, who will consider diversity and emotional palate to make sure the show flows well and doesn’t skew too light (or too heavy). She’s hoping to find just the right balance of emotion and hilarity for an overall enjoyable night of storytelling and entertainment.

Be a Part of a Grand Tradition

Storytelling is a tradition that brings people together through common understanding and shared experiences. It’s not hard to love a good story, especially one woven with words that capture your imagination and tug on your emotional heartstrings.

True Tales From the South Bay is still accepting submissions for the show on April 22nd. If you, or someone you know, has a tale worth sharing, send the first five lines of your story to Mariana at marianastoryteller@gmail.com.

Even if you don’t want to share a story yourself, you can still come on out and support your South Bay neighbors by being in the audience and listening to the stories they have to tell!

Click here to get tickets to see True Tales From the South Bay on April 22nd at 7:00 pm!