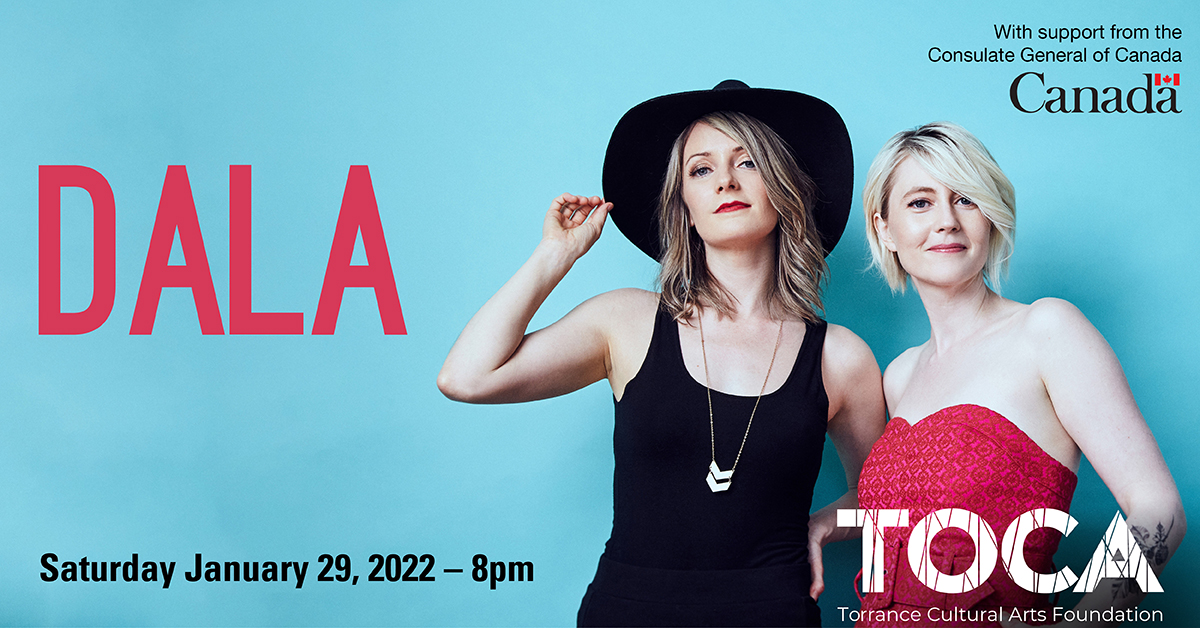 Some of you may remember this amazingly talent duo from their streaming performance they did during the theatre’s closure.

Juno nominees and winners of the 2010 Canadian Folk Music Award for Vocal Group of the Year, Amanda Walther and Sheila Carabine of Dala write and sing in harmony best described as angelic. Since penning their first song together in 2002; these best friends have since released five (5) albums and toured extensively across North America.

Drawing upon influences like The Beatles, Joni Mitchell, Neil Young and Bob Dylan, Dala write songs that are both catchy and insightful. Amanda’s ethereal soprano voice blends seamlessly with Sheila’s velvety alto, creating the lush harmonies that have become their trademark.