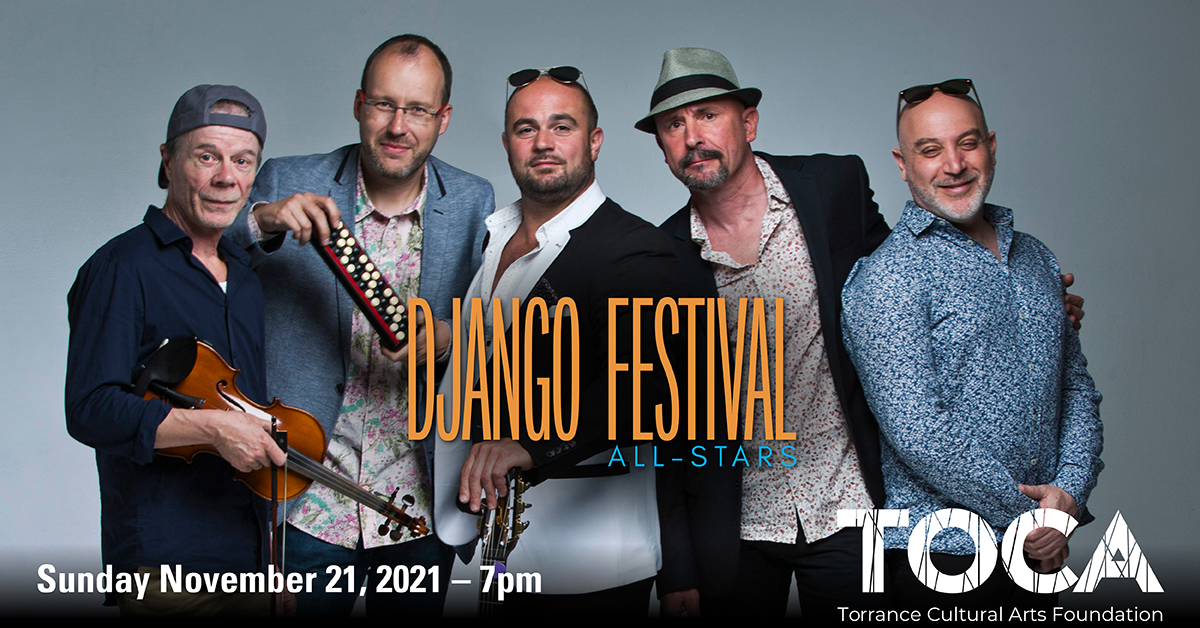 Django’s unmistakable cool and jumpin’ ole de vivre have made him an icon for an unlikely range of luminaries from Carlos Santana to Eric Clapton, guitar greats! Jimi Hendrix named his “big band of gypsies” in tribute, and Willie Nelson adopted his influence in “country-swing.”

The Django Festival All-Stars have been developing over 20 years and grew into a brilliantly cohesive group of star musicians who have taken America by storm, performing at top concert halls and festivals with standing ovations. The music speaks of Paris in the 20s and 30s when “gitane” music filled the air, in the cafés, the streets, in the countryside, a romantic Paris with lovers, campfires, a time of Montmartre, la belle époque, le boudon café, café au lait, luscious pastry, and a great glass of wine.

It harkens back to the 30s and 40s in Europe where Django Reinhardt was “king” and teamed with the top jazz violinist Stephane Grappelli to create musical history.

The Django Festival All-Stars swing like crazy and will break your heart with a ballad. They bring the house down! Many are from the Lorraine region of France where music and family reign supreme, and where the art of music is taught from one generation to the other. Here is an opportunity to be a part of a fabulous musical event that has taken the country by storm.