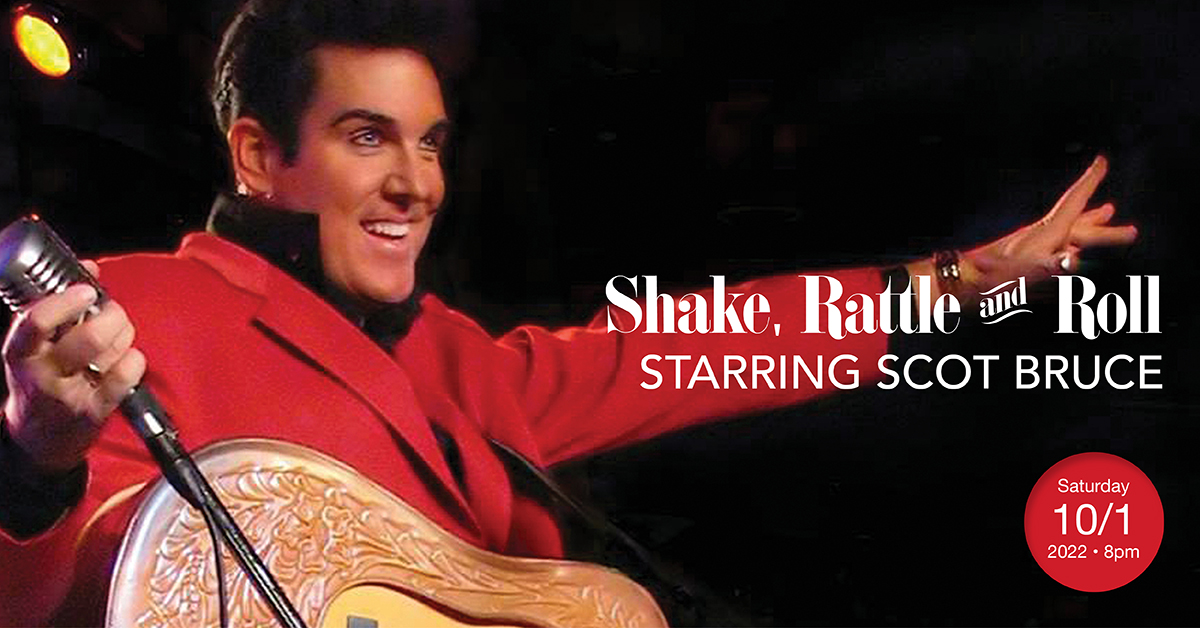 Musician/actor Scot Bruce celebrates what made Elvis not only the king of rock & roll...but the king of cool! See the magic that made a generation swoon in the 1950’s and 60’s, before the white jumpsuit, sunglasses and the glitter of Vegas. Along with his rockin’ 4-piece band, Bruce meticulously and respectfully recreates the electrifying musical excitement of Elvis in his prime...right down to the vintage instruments, the hip ‘threads’ and the grease in the hair.

Bruce has performed in sold-out venues worldwide, and has won critical acclaim for his uncanny musical portrayal. This is one show guaranteed to have you all shook up!