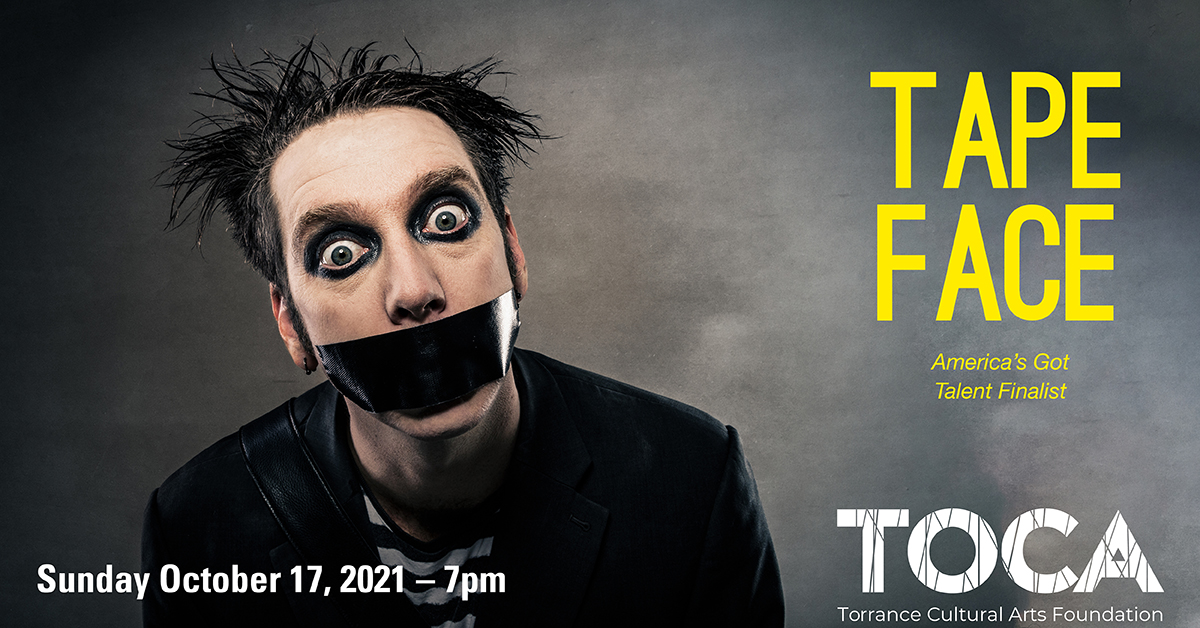 Mime with noise, stand-up with no talking – drama with no acting. Viral sensation Tape Face has to be seen to be believed.

Tape Face is a character created by performer Sam Wills; delightful, wry, many-layered, hilarious and with universal appeal. He accesses an inner child in us all that must be fed. Through simple, clever and charming humour, aimed at satisfying that hunger, this America’s Got Talent Finalist gives a performance which is delightful, wry, and hilarious. Through simple, clever and charming humour, Tape Face has created one of the most accessible and enjoyable shows the world has ever seen.

His appeal transcends the boundaries of age, language and culture, drawing on a heritage that includes silent film, mime, magic, puppetry, Motown and the films of Patrick Swayze. Tape Face is a pensive, curious soul approaching every object and audience member as a potential friend – or plaything. Shoes sing, empty dresses dance and electrical tape blossoms into roses; he creates a world of possibilities where the only certainty is laughter.

Tape Face brings fans a completely unique show on every performance; he is a pensive, curious soul approaching every object and audience member as a potential friend – or plaything. He’s performed at the Edinburgh Festival Fringe, New Zealand, Adelaide, Toronto and Montreal Festivals, London’s West End, within his very own custom built venue on the Las Vegas strip, residencies in Paris and Beijing, and toured extensively across the UK, Europe, and the United States.