An Evening of Jazz With Songstress Denise Donatelli 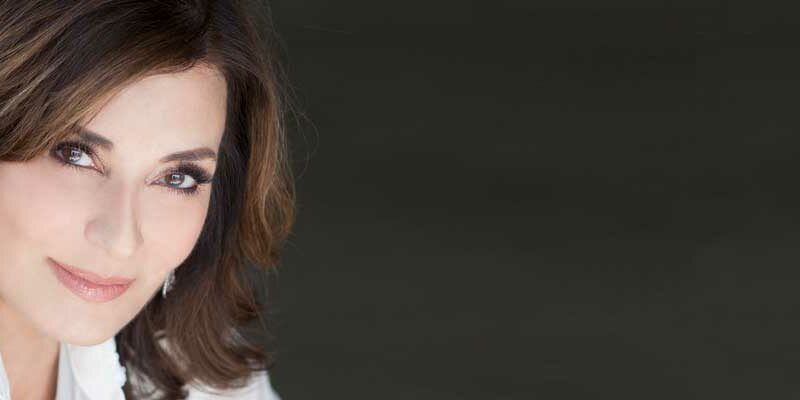 Get tickets to see Denise Donatelli on April 6th or 7th at 7:30 pm!

When Denise Donatelli was growing up in rural Pennsylvania, there wasn’t much around. In fact, her closest neighbor was a Shetland pony farm several miles down the road.

But that didn’t stop her singer mother and self-taught musician father from putting both her and her older sister in piano lessons. From the age of three and on, Denise received training in classical piano – even though classical music was not the love of her musical life.

That distinction was reserved solely for jazz.

For the Love of Jazz

Denise’s older sister was the one who first introduced her to jazz. Since they lived so far from most stores, especially record stores, Denise’s sister belonged to music clubs. That meant she frequently received new music, including the best jazz recordings available.

“Learning piano was like homework,” Denise said. “I’d come home from school, do my homework, practice piano, and then I’d get to escape into jazz.”

“All my recreational time was spent listening to jazz recordings. I just connected to jazz. It had a beat, amazing lyrics, and was just plain fun!”

Her love of jazz and natural singing ability made Denise seem like she was born for the stage. Yet it took decades for her to step into the spotlight thanks to crippling stage fright.

“I never dreamed I’d be singing for a living. I really hated performing when I was young. I had severe stage fright. I knew I was talented, I knew I could sing, but the fear was paralyzing,” Denise said.

Stepping Into the Spotlight

Despite her overwhelming stage fright, Denise found herself on stage during jazz jam while she was living in Atlanta. That particular night, well-known jazz guitarist Russell Malone was sitting in. Denise made quite an impression and her singing career took off from there.

“After my divorce, I was dating a piano player. He kept pushing me to sing. One night he took me to a jazz jam and put me on the list to perform. I was not happy with him, really angry actually, but he pushed me up there! Of course, now I’m glad he did!” Denise said.

Soon after that fateful performance, the musical director from the Ritz Carlton in Atlanta asked Denise to sit in for Francine Reed, who was going on tour with Lyle Lovett. For four she worked full time at Turner Broadcasting System during the day, and sang three nights a week at the Ritz.

“What a lovely experience,” Denise said. “All the artists who came to Atlanta would stop by the Ritz Carlton and I got to meet them.”

Eventually, at the behest of some friends (and a romantic interest), Denise quit her job at TBS and moved to Los Angeles. She immediately started booking gigs in LA and it wasn’t long before she was singing full-time.

She also got to work recording her first album. Since then she’s recorded several more albums with the most recent three (When the Lights Are Low-2011, Soul Shadows-2013, and Find a Heart-2015) receiving a total of four Grammy nominations.

“[Being nominated for a Grammy] was a dream come true! With every recording, you put it out there, and you don’t think anything about getting a nomination. It’s a labor of love and nominations are the farthest thing from your mind!” Denise said. “For the last nomination, I didn’t even know they were being announced! My PR person was notified before I was, and she tried calling me, but it was really early in the morning and I thought she was a telemarketer, so I just picked up and hung up the phone. She tried calling back but I kept hanging up on her! I had no idea!”

What’s Next for Denise?

Denise has worked hard and been fortunate enough to have an already long and storied career, but she’s not ready to throw in the towel yet!

“Right now I’m looking for music. I’m hoping to record. I have a list of about 50 songs, trying to narrow them down for another album. I’ve been traveling quite a bit, so when I have a break I’ll be able to focus more on that. I love recording! It’s my favorite thing to do! Maybe I’ll have something done by the end of the year,” Denise said. “I still play piano, too, and right now I’m trying to learn how to play jazz. My goal is to be my own accompanist!”

For now she’s looking forward to playing at the Nakano Theatre with two amazing pianists: Josh Nelson (who used to work with Natalie Cole), and Geoffrey Keezer, both of whom have quite the jazz chops!

The Studio Cabaret Series is a way to enjoy musical talent and tasty food in an intimate setting; it’s like dinner theater for your ears! The performances are set in the George Nakano Theatre at four-seat cocktail tables. The audience will enjoy delicious meals prepared by local chef Peter Carpenter of Gourmet to You catering. Dinner for Denise Donatelli’s performances will be chicken marsala, roasted corn rice, and caesar salad with sun dried tomatoes. And goodies from the always delicious Torrance Bakery will be available at intermission.

Get Tickets to Enjoy a Jazzy Evening with Denise Donatelli

Denise Donatelli is a jazz songstress who hits all the right notes. Come experience the rich timbre and airy, floating-over-the-rhythm renderings of some of the most beloved jazz songs of all time!

Get tickets to see Denise Donatelli on April 6th or 7th at 7:30 pm!