Streetlight Cadence, Not Your Typical Trio! 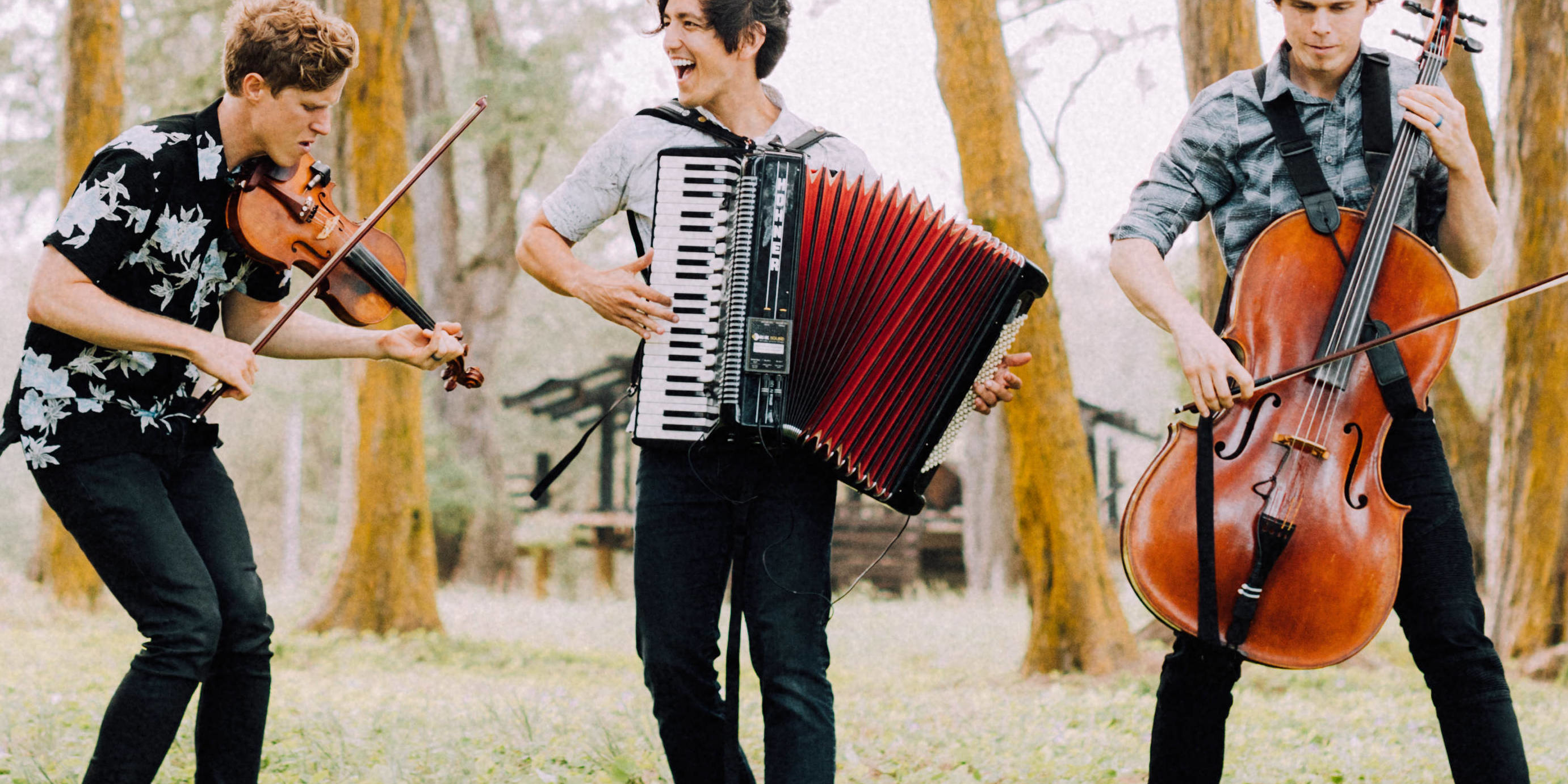 Get tickets to see Streetlight Cadence on Oct 13th or 14th by clicking here!

Looking at the members of folk-pop trio Streetlight Cadence, you might only see the three young men playing instruments that don’t exactly seem to go together.

What might not be obvious is the commitment, hard work, and dedication that Brian, Jonathon, and Jesse have to their music – and each other.

It All Began With a Couple of Musicians in Paradise

It all started back during the halcyon college days, when violinist Jonathon met band co-founder Danny at an open mic night at Hawaii Pacific University. They found they had a mutual admiration for each other’s talent and decided to join forces for the greater musical good.

They knew, though, that in order to make a mark they would need more than violin and voice. They needed to be different from the other bands making the rounds in Waikiki.

So they did what any college student would do: they put an ad on CraigsList, specifying that they wanted “interesting instruments”, like a banjo, harmonica, or accordion. It was kismet that Jesse, who had recently taken up the accordion, saw the ad and responded. Soon the three original members were playing together on a regular basis, practicing songs for street performances.

When Danny moved back to the mainland not long after, Jonathon brought Brian and his cello on board. And the remaining three – Jonathon, Jesse, and Brian – have been playing together ever since. (There was a fourth member of the band who played guitar, but he decided to amicably part ways after their most recent tour.)

Once the core of the group was solidified, Streetlight Cadence started playing regularly on the streets of Waikiki, trying to earn enough money for the week’s groceries. As the crowds grew, new opportunities arose. People saw them as a good fit for venues or performances. There wasn’t another band like them – an unusual assortment of instruments playing folk-pop music – in the area.

It wasn’t long before they were booking gigs at restaurants, weddings, and even opening for much bigger bands. They entered battles of the band and won with their original music. During this sudden burst of success they realized they had the potential to make a life doing what they had come to love: writing songs, playing music, and connecting with fans.

Jesse, Jonathon, and Brian decided they were committed to one another as bandmates and friends and they would put all their effort into parlaying their early success into a full-blown career.

Today all three members are based in Los Angeles, CA, though they return to Hawaii several times a year for special shows and multi-island mini tours.

The most amazing part of the Streetlight Cadence story isn’t that they were in the right place at the right time with the right talent and the right people. It’s how they’ve been able to remain entirely independent in their success. The two albums they’ve released so far were entirely self-produced and released under their own unofficial record label.

Brian, Jesse, and Jonathon are now in the process of creating their third album. This time around they decided to bring in some big guns and are working with a local producer and sound engineer. For three musicians who have spent almost a decade writing and producing their own music, it’s a little unnerving to let go of a bit of creative control. But they’re working with Grammy-winning producer Rob Chiarelli, so they know they’re in good hands.

What started in Hawaii as some college kids doing street performances to earn grocery money has turned into international tours (they wrapped up their Japan tour in July) and growing career over which they have total control.

Now’s your chance to see these amazing paradise-grown performers as part of the Torrance Cultural Arts Foundation Studio Cabaret Series! Relax in the intimate setting of the George Nakano Theatre and enjoy a delicious dinner from Chef Peter Carpenter of Gourmet to You. The menu will include Light Curry Chicken & Vegetables, Basmati Rice with Coconut, and Mixed Green Salad with Mandarins, Jicama, and Bell Peppers. And don’t forget to stop by the lobby for a tasty treat from the Torrance Bakery.

(Want to get a taste of the music of Streetlight Cadence before the show? You can find them on Spotify, iTunes, and Amazon Music.)

Get your tickets to see Streetlight Cadence and enjoy a delicious dinner by Chef Peter Carpenter!