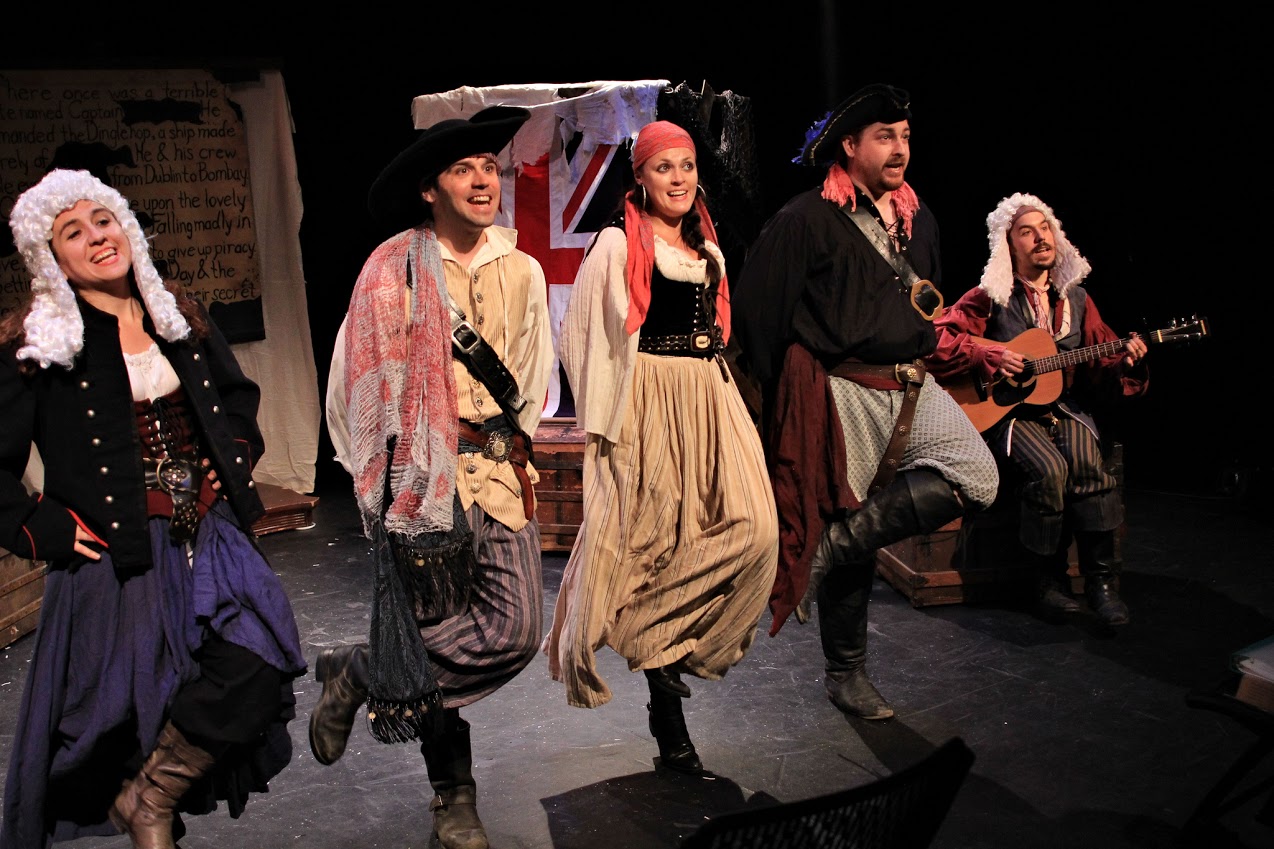 Think you can’t take your kids to watch a play at a theater? Think again! Coming this January to the James R. Armstrong theatre is The Greatest Pirate Story Never Told, an interactive musical about pirates, swashbuckling, and a cantankerous sea witch having a bad day.

The Greatest Pirate Story Never Told bills itself as “pirates of the Caribbean meets Whose Line Is It Anyway?” and lives up to the hype. Part musical, part story, part improvisation, this performance won’t let you just sit and watch; the actors demand encourage audience participation.

By taking suggestions from the audience, that’s how. The show breaks down the fourth wall and asks the audience to help them finish their script. In the style of mad libs the pirates ask the audience members for words to fill in the blanks – and then make up hilarious, jaunty pirate songs on the spot. The improv makes each performance unique – you’ll never see the same show twice!

Written and directed by Christopher Leidenfrost, who also stars in the show, The Greatest Pirate Story Never Told is recommended for swashbucklers aged 4-104. The show runs about 75 minutes (which is not quite as long as most Disney movies) and is a unique blend of swordplay and wordplay. On the surface it may look like children’s theater, but online reviews say there are more than enough jokes that only adults will understand.

After the performance, the audience will have the chance to meet the cast of The Greatest Pirate Story Never Told. The cast will sign autographs and pose for “piratical” pictures with fans.

Don’t miss the show that the New York Times called “More laughs than there are bones in Davy Jones’ locker” and was nominated for Best Family Show in 2014 by the Off Broadway Alliance! It’ll be sure to shiver yer timbers!