The Hypnotizing Sounds of the Hypnotic Brass Ensemble 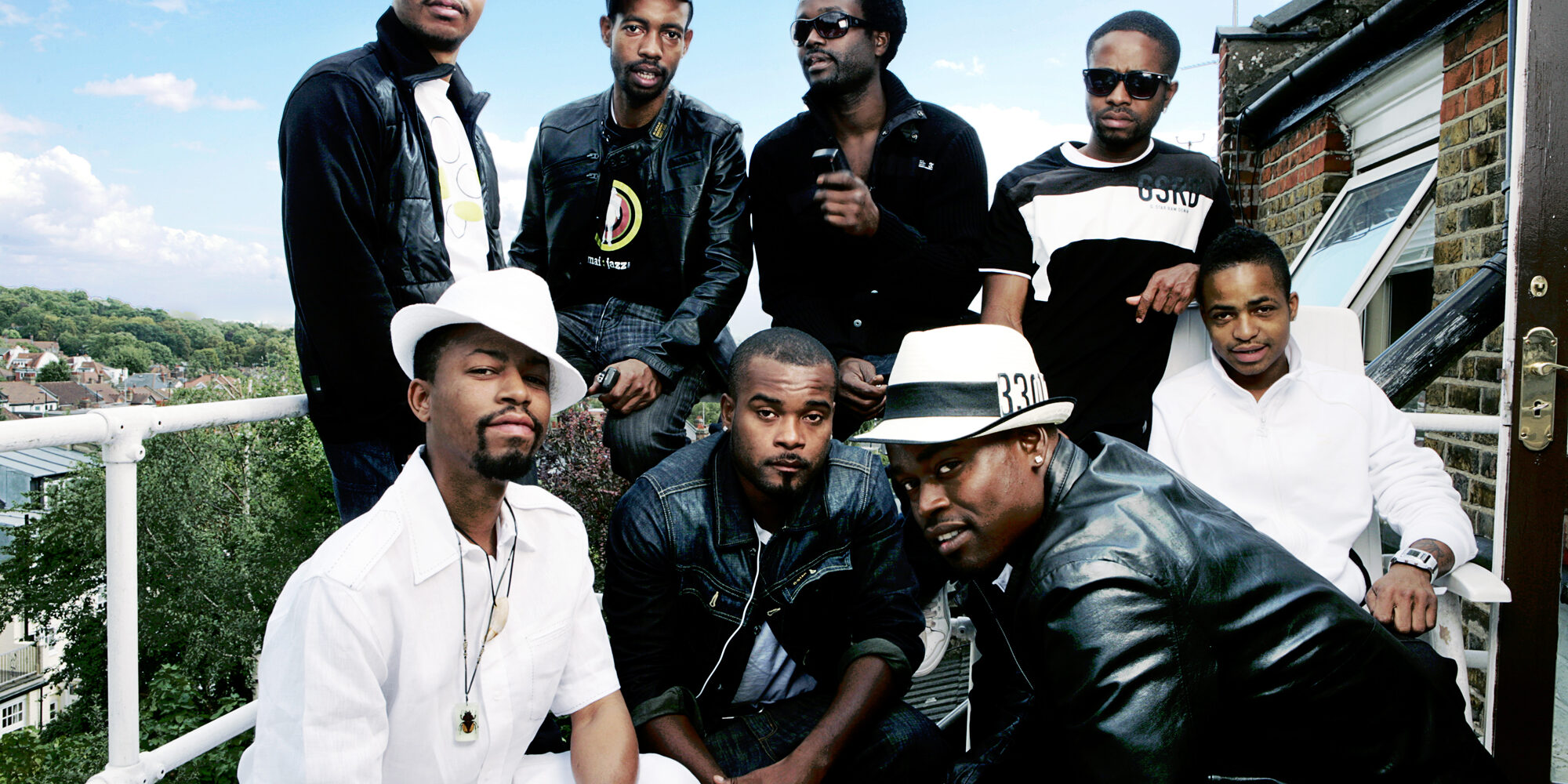 Hypnotic Brass Ensemble keeps it all in the family. Literally. Seven of the members of the band are brothers who were raised together on the Southside of Chicago. Their music is unique, bringing jazz, funk, hip hop, rock, and even reggae, together in one mighty sound.

To begin to understand their sound and how it evolved, you first need to know more about their background. For band members (and siblings) Gabriel Hubert, Saiph Graves, Amal Hubert, Jafar Graves, Seba Graves, Tarik Graves, and Uttama Hubert, music education started young, usually between the ages of 3-5. Every morning their father, avant garde jazz trumpeter Kelan Phil Cohran, woke them at 5:00 am so they could practice their instruments before going to school. Then, they practiced every afternoon when they got home, too. Their father was strict with their musical education, instilling in them a sense of discipline and commitment to their craft.

As dedicated as Phil Cohran was to teaching his sons how to play music, he was just as dedicated to lifting up his community. For several years Phil Cohran played with the Sun Ra Arkestra, but when they moved from Chicago, he decided not to go with them and worked to bring about positive change. He did this through the art scene, giving voice and instrument lessons at schools and prisons, and starting a group called the AACM (Association for the Advancement of Creative Musicians).

As they grew up, Phil Cohran and his sons toured as The Phil Cohran Youth Ensemble, playing for notable figures in the community and world leaders, like Nelson Mandela. He instilled in them commitments to excellence, originality, giving back to the community, and honoring their ancestors.

But as they grew older, the boys began to rebel against the ideals they had lived with their whole lives.

In 1999 they found themselves struggling to form an identity separate from that of their influential father. They stopped playing with him and set out to form their own sound. They took their music to the streets, performing on corners and subway platforms. They grew their audience and honed their unique sound, letting music from their own generation influence their musical point of view.

According to the HBE official bio their sound has best been described as, “…a huge brass bridge of hypnotic polyphony connecting the cosmic jazz of Sun Ra’s Arkestra with the urgency of hip-hop and the sweeping emotional scale of a Curtis Mayfield blaxploitation opus” by Edwin Stats of Fader Magazine.

HBE independently recorded their first album in 2001 and started selling it during their street performances. Their grassroots efforts paid off and they ended up selling over 50,000 copies nationwide. This success caught the eye of Def Jam Records who offered HBE a contract. They turned it down, opting instead to remain independent.

Their second album caught the attention of Blur frontman Damon Albarn, which led to Albarn distributing the album in the UK through his label Honest Jons. This also led to many new opportunities for collaboration for Hypnotic Brass Ensemble. They’ve performed and/or recorded with Gorrillaz, Snoopp Dogg, Mos Def, Erykah Badu, De La Soul, Tony Allen, Wu Tang Clan, the B-52s, Childish Gambino, and Maxwell. They’ve toured all over the world, playing at jazz festivals and their song “War” was featured in the blockbuster The Hunger Games (the Cesar Flickman Show intro).

In 2013 a full-length documentary about the brothers of HBE premiered at the SXSW Film Festival. Filmmaker Reuben Atlas was blown away by the band when he first heard them playing on the street in the New York. After following the music for several blocks before he found the musicians playing it, he felt compelled to help them tell their story.

The documentary, titled Brothers Hypnotic, aired on PBS’s Independent Lens in 2014 and was supposed to come out on DVD and digital download at the end of 2016. The film focuses on the familial aspects of their story, especially their relationships to their father and their music.

Nothing about Hypnotic Brass Ensemble is as you might expect. Their sound is at the same time steeped in tradition and also brand new – familiar yet not like anything you’ve heard before.

Recently, the band made the decision to remove the tuba from the line up and add in a guitar and bass. This represents a step away from being a “brass band” and a step forward in the evolution of their unique sound.

“Is your legacy your father’s legacy? Or is there something you can bring to it?”

Though their father started their feet down the path of music, they’ve decided, together, what direction they want to take. Every step of the way they’ve had each other and a legacy of excellence and originality to guide them.