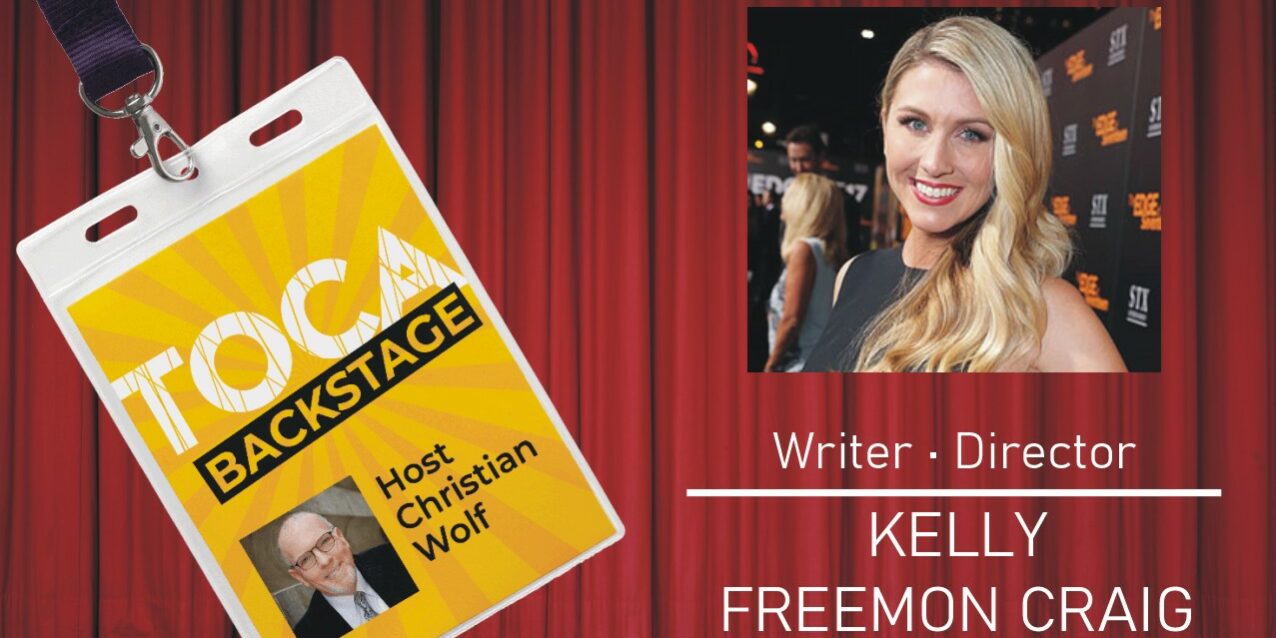 When it was decided that we wouldn’t be able to bring you interviews of the artists in our season due to the postponement of shows, I reached out to a number of people that I thought would be interesting to speak with. Kelly Freemon Craig, award winning film director and screenwriter was gracious enough to take me up on the offer.
Here is our interview:

Kelly started out writing sketch comedy and spoken word poetry in college, then landed an internship in the film division of Immortal Entertainment, where she read her first film script and began to pursue screenwriting. She developed several screenplays during the 2000s, including a modern high school retelling of Cyrano de Bergerac and a comedic remake of the 2004 French drama Intimate Strangers for Paramount Pictures.
One of her scripts, Ticket to Ride, caught the attention of Ghostbusters director Ivan Reitman. He bought the script under his The Montecito Picture Company as a directing vehicle for Reitman. According to Reitman, the script was rewritten at least 15 times. The film was released, under the new title Post Grad. The film was instead directed by Shrek director Vicky Jenson and was released in 2009 and starred Alexis Bledel, Michael Keaton and Carol Burnett.
In 2011, Kelly completed another script titled Besties and sent the script over to James L. Brooks. Brooks bought the script and was announced that Kelly would direct the film and Brooks would serve as a producer and mentor for her in directing her first film. The film was released by STX Entertainment in Fall 2016 under its new title The Edge of Seventeen to critical praise.
I was curious about how she got her start in Hollywood… knowing that she spent some time in community theatre, we talk about her inspiration to go to Hollywood, her past projects and the film she is currently working on.
The project that Kelly is currently working on is a film adaptation of “Are You There God? It’s Me Margaret” by Judy Bloom. A book that Ms. Bloom once said she would never let be adapted for the screen.
I was curious how she planned to make the film version of a Judy Bloom book that would appeal, not only to children but also to the adult who may have grown up reading her books. Coming from an authentic place and full reverence for the material, Kelly’s plan seems to be well thought out.
Despite the fact that I have never read “Are You There God? It’s Me Margaret”, I know I will be anxiously awaiting its release next year.
Share This:
Go to Top