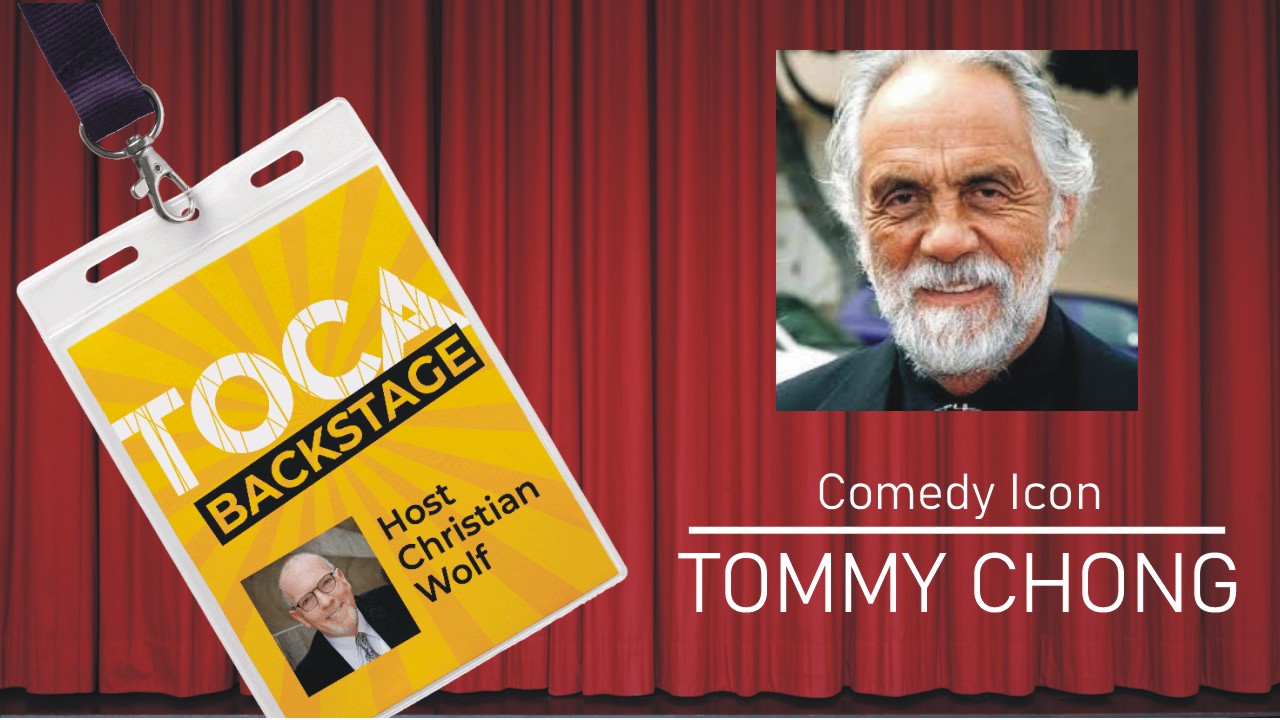 The TOCA Backstage podcast has been a way for us to share some insight on the artists that are will be performing on our stages. Now, with the Convid-19 issues and the remaining shows in our season being postponed, I reached out to friends to see if they knew of anyone that might be interesting to talk with and who might have something to share.

Almost as quickly as I put the call out, I got a response from s friend of TOCA’s, Gabriela Fischer asking if I’d like to speak with Tommy Chong?

THE Tommy Chong? From Cheech and Chong fame? Of course, I’d want to speak with him.

The interview had to be done on FaceTime, which isn’t the best for recording both audio and video, so I had to find a work around to be able to produce this episode. We had a rough start and I actually had to call him back after we had started the chat… so forgive the odd beginning.

It was a great interview – we talked about:

Here is our interview here: