Hit the High Seas With Tom Kenny and Andy Paley! 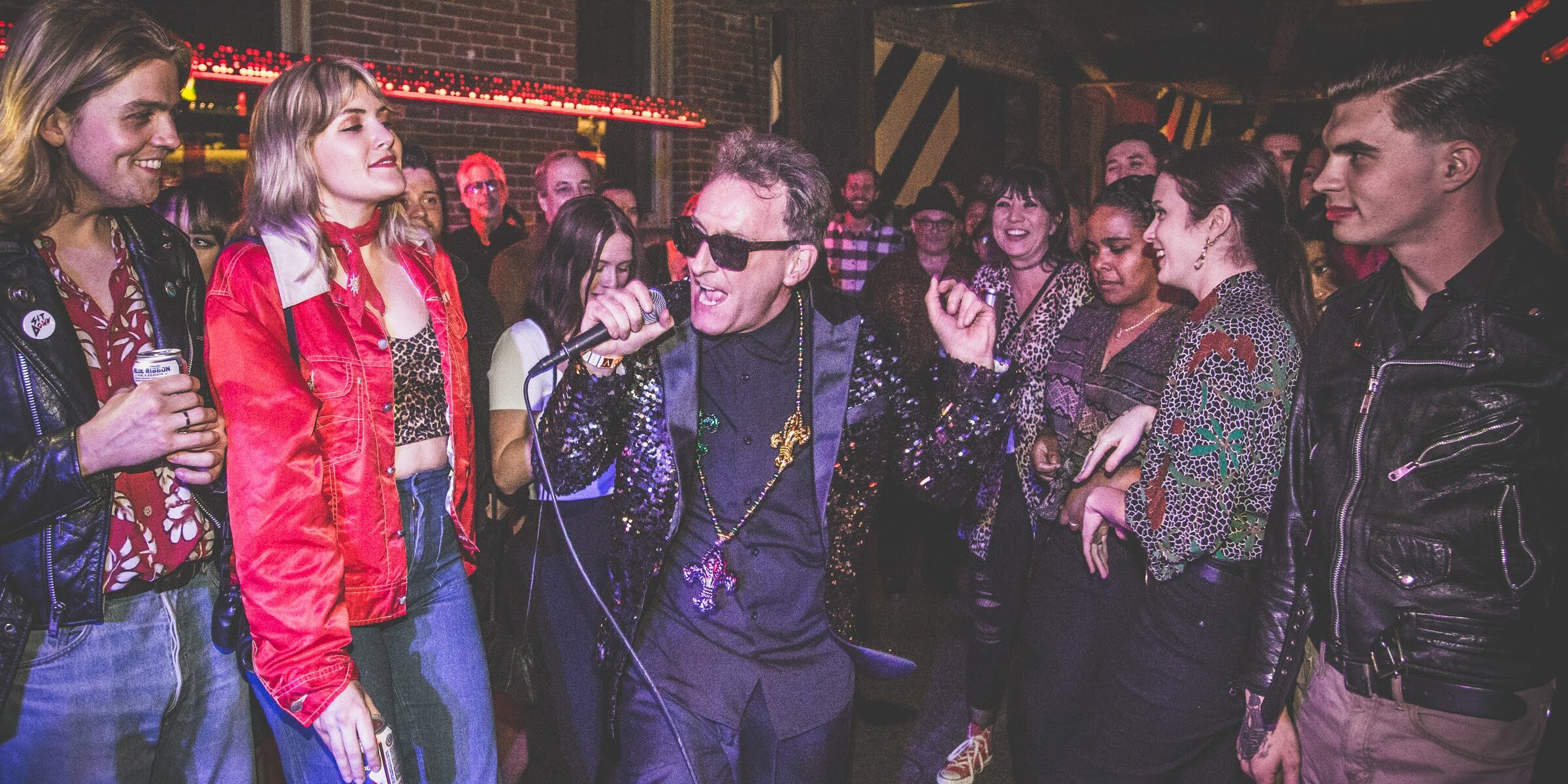 Reserve Your Spot to See Tom Kenny & the Hi Seas For June 22, 2019 at the Third Annual South Bay Festival of the Arts by Clicking Here!

The South Bay Festival of the Arts just got a little bit wilder! It was recently announced that Tom Kenny & The Hi Seas, a Rock ‘n’ Roll/ Soul /R&B band that “brings the party” wherever and whenever they take the stage, will be performing at the Festival.

The members of Tom Kenny & The Hi Seas include Tom Kenny, Andy Paley, girl group trio The Damselles, a powerful horn section, and a rotating roster of high-caliber musicians who have recorded and toured with rock royalty.

With Tom Kenny & The Hi Seas, you know you’re going to get a show that knocks your socks off!

While you might not recognize his face, his voice is unmistakable. Tom has spent decades bringing iconic animated characters to life with his award-winning voice talent. He became famous for roles like Spyro the Dragon (from the Spyro video game series), The Ice King and Magic Man from Adventure Time, The Penguin in the Batman animated series, Dog in CatDog, several characters from the Powerpuff Girls (the Mayor, the Narrator, and more), multiple characters from the animated show Xiaolin Showdown, and, most famously, SpongeBob SquarePants.

“Before I did voice acting I made a career as a comedian, writer, and on-camera actor. Voice acting was the hardest nut to crack out of all them. I think everybody is different, but for me voice acting was a better fit. The thing I love about it is that you’re not a prisoner of your physical looks. I play good guys, bad buys, monsters, children, females, poriferans (that’s another word for sponge) and a million other things. On camera I would be limited to playing dorky middle-aged white dudes. Plus, with voice acting I’m that rare actor that gets to work everyday. When you get down to it, all actors wanna do is act. I think I have the best job in show business to be honest. I have been proudly ‘day job’ free since 1987,” Tom wrote during a Reddit AMA.

But acting isn’t his only love. Coming in right behind acting is music. And it was this love of music that brought him together with the producer and songwriter Andy Paley.

Andy and Tom first met when Tom Ardolino, the drummer from the band NRBQ, introduced them to one another during a show. Tom and Andy discovered they shared a similar taste for music, and it wasn’t long before they became fast friends – and coworkers.

Andy started writing and producing the music for the SpongeBob SquarePants series, and in 2006, Tom and Andy collaborated on an album for the series called SpongeBob SquarePants: The Best Day Ever. The eponymous song was a massive hit and enjoys a steady following to this day.

At some point, Andy and Tom decided to put a band together so they could play their favorite songs and the music they loved. But it wasn’t until The Damselles joined them that the band was complete.

The Damselles – Bringing Back the Girl Group Harmonies

The Damselles, Maria DeLuca, Jillinda Palmer, and Brittney Westover, are a living, breathing callback to the powerful girl groups of the 60s, full of soulful harmony and energetic performance. They started out singing on the mean streets of LA (literally, they’d sing on the streets, often impromptu) and it wasn’t long before they found themselves performing with artists like Jonathan Richman, Ryan Gosling & Dead Man’s Bones, The Upright Citizens Brigade, and even Fitz & the Tantrums.

The Damselles were introduced to The Hi Seas through Andy Paley and now they tour nationally with the band.

A Rock ‘n’ Roll Show You Won’t Want to Miss!

This is rock ‘n’ roll as it was meant to be played: wild, unfettered, and more fun than a bucket of crabs! Get ready to be swept away by the boisterous wave that is Tom Kenny & The Hi Seas!

Tom Kenny & The Hi Seas will be performing on June 22, 2019, at the South Bay Festival of the Arts! Get your FREE tickets to the Festival by clicking here!