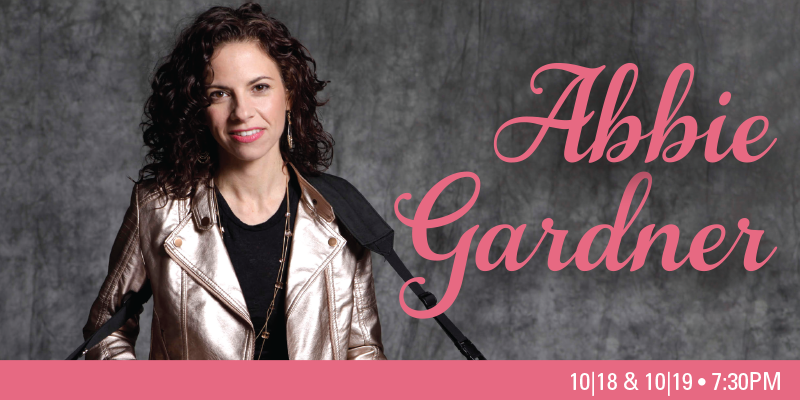 When teenagers enter a rebellious phase they often make drastic threats, like running off to become a musician. But in singer-songwriter Abbie Gardner’s case, her act of rebellion was to leave music behind – and start a life of occupational therapy.

“My stint into a health profession was sort of a rebellion in my family. It was a little bit just to stick it to my parents, but I came back to music; I always knew I wanted to be a musician, it’s just changed forms over the years,” Abbie told Chris Wolf during their recent TOCA Backstage interview.

Abbie grew up in a family of musicians. Her father was a jazz dixieland swing musician, playing piano and trombone. Her grandfather played jazz his whole life. Abbie herself studied classical flute throughout her childhood.

“I grew up in a family of musicians going back many generations. I actually grew up playing classical flute, and I thought that was going to be my life. But I didn’t get into music school. It turns out that the perfection of classical music was not my strong suit, songwriting is more forgiving,” she said.

While they were kids, Abbie’s mother took her and her siblings to bluegrass festivals. Abbie loved to listen to and watch the slide guitar players as they played, never suspecting that years later she’d be the one up on stage.

From Classical Flute to Dobro Guitar

Abbie fell into playing dobro, or resonating guitar, almost accidentally. After deciding not to pursue a career as a classical flautist, and diving into her occupational therapy studies in college, she missed playing music. So she took up the guitar.

Not long after she to strummed her first chord, Abbie set off on a new musical adventure – songwriting.

Though she enjoyed the freedom and creativity that came with playing a guitar, a hand injury quickly ended her acoustic-guitar-playing days.

Then she recalled the slide guitar players she loved to watch during the bluegrass festivals of her youth and she made a switch – she started playing dobro-style guitar – and she’s never looked back.

“I just loved the sound of it, especially going to bluegrass festivals and seeing that growing up. But switching to the lap-style slide was because my hand hurt. I couldn’t play guitar anymore. I was having really bad problems, like nerve problems. When you extend your wrists when playing lap style, it gives your fingers more mechanical strength and puts less pressure on them, which, ironically, I learned through occupational therapy!” Abbie told Chris.

Celebrating the Joy of Music

The place where Abbie feels most comfortable is as a singer-songwriter. Her distinctive style and voice are firmly rooted in acoustic music, while also featuring jazz and blues sensibilities.

When she’s not writing songs or performing her own original music, Abbie plays with Red Molly, an all-female harmony trio.

“The band is called Red Molly. We formed back in 2004 at a folk festival. We’re really centered around the harmony vocals. We’ve been going strong for so many years, that a few years ago we took a break. That’s when I started playing solo more. Now we’re back, but we’re playing part time, about two months out of the year…we’re still focused on the harmonies, but we’re writing a lot more songs. It’s nice to keep a balance! When I tour with them I think ‘Oh, this is great, I don’t have to worry about the rhythm I can just play lead, harmonize, back up other people, which is a joy. But just when I’m getting a little tired of that, I get to go off and do my own shows. And when I get bored with that, I get to go back out with Red Molly,” Abbie said.

“The band will do more festival stuff and I’ll do more intimate inside venues, which is nice.”

Kicking Off the Studio Cabaret Series

Abbie Gardner is the perfect performer to kick off the 2019-20 Studio Cabaret series. Her musical style works best in intimate venues where audiences can really listen to the lyrics and feel the emotion of the songs.

“I’m hoping to give people a little break from their lives, to be taken somewhere, to feel something. Whether it’s knowing that they’re not alone, if they connect with the feelings in one of my songs. Just getting a break from what they normally think about, and diving into the stories in my songs. I’m hoping to really entertain people and bring them together,” said Abbie.

Tickets to See Abbie Gardner are On Sale Now

Abbie Gardner is first up in our Studio Cabaret Series! The Studio Cabaret Series is a way to enjoy musical talent and tasty food in an intimate setting; it’s like dinner theater for your ears! The performances are set in the George Nakano Theatre at four-seat cocktail tables. Meals for the Series this season are prepared by the talented chefs at the Red Car Brewery.

Dinner for the performances of Abbie Gardner will be fall harvest salad, BBQ chicken thighs, confetti corn salad, and roasted autumn vegetables. Plus goodies from the always-delicious Torrance Bakery will be available at intermission.

Buy Your Tickets for Abbie Gardner

Tickets to see Abbie Gardner on October 18 or 19, 2019, at 7:30 pm in the Nakano Theatre are on sale now, but they won’t last long! Click the button below to get your tickets today!

Get Tickets to Abbie Gardner!