Everyone is Italian for the Night at Italian Undercover 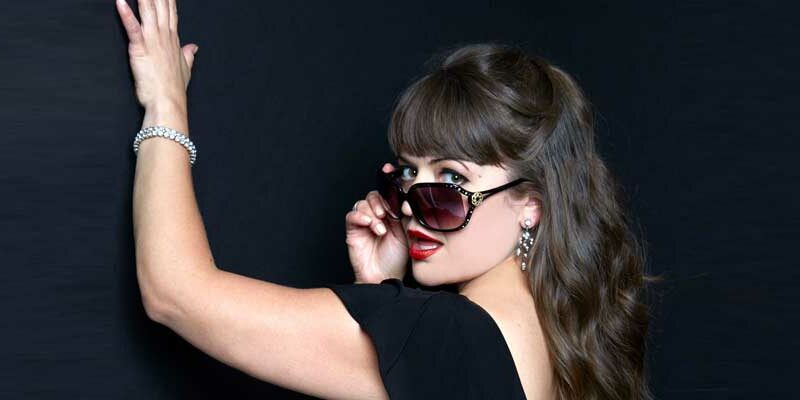 Though Jenna Esposito grew up in a house full of music, she didn’t always intend for music to become her full-time career. Sure, she dabbled in it here and there, but it wasn’t until 2003 that she found herself at a point where she was ready to focus on building her singing career.

Jenna buckled down, pouring her heart and soul into her music. She worked low-paying day jobs just so she could have her nights free to sing. When she was finally able to perform in her own cabaret show, she felt like she had come home. Soon she found herself doing shows in and many different clubs in New York City. And she’s been on an upward trajectory ever since.

Now you can find Jenna performing at some of the most popular, and historic, clubs in the city, including NYC’s Friars Club, Feinstein’s at Lowes Regency, Birdland, and The Metropolitan Room. She’s been the closing act at the renowned San Gennaro Festival for seven years in a row, and she has created several tribute shows that she tours around the country.

All in the (Italian) Family

During Jenna’s shows, her family is never far. Her father, Fortune Esposito, is her musical director and guitarist; her sister, Kelly, sings back up; and her brother-in-law, Rob, plays bass. Even her young nephew has performed in some of her shows!

While growing up, “Dad would tell stories that family would come over and everyone had a musical instrument. Everyone would sing. To me, music means family,” Jenna said.

“The spirit of the crowds is amazing! People sing along to every song, which, I think really embodies the joy in the Italian American community.”

She realized that so much of the music from the 50s and 60s were from Italian Americans and it struck her how many of them changed their names to seem less ethnic. She remembered how her grandparents, who were from Italy, refused to speak Italian to her father and his siblings because they didn’t want him to have an accent or seem too foreign.

The same thing went for famous Italian American singers and musicians over the years. The artists were either forced to change their names by managers or record labels (Lou Christie didn’t even know what his name had been changed to until his first record came out and he saw the cover), or they took it upon themselves to present more of clean cut, American image – starting with their name.

Since debuting the show, Jenna has noticed that the audience is often surprised by how many of their favorite artists are Italian (Steven Tyler anyone?). And though these artists have name changing in common, they represent a huge variety of music. During the show Jenna often peppers the audience with trivia bits about famous Italian Americans, often asking them to guess the artist by their original, Italian name (Anthony Dominick Benedetto, for one).

Music that Transcends Language and Generations

When it comes to the music in the show, you can expect popular songs often played on the radio during their decade and some traditional songs that Jenna sings in Italian. “I like being associated with these artists by our common heritage. There’s an integrity and a passion to their songs. You can’t help singing along,” Jenna said.

“In Italian American families, there’s always music. There’s a joy in sharing music with people, and I like to put that joy into my music and my shows. Everyone is Italian for the day!”

Most of Jenna’s songbook comes from artists she’s heard and admired. But she has another great hidden resource, too: a New York Shop owner named Ernie Rossi from E. Rossi & Co. Store found in Little Italy. Ernie’s grandfather started the shop, which sells Neapolitan records, sheet music, and a variety of Italian souvenirs. The shop is the biggest publisher of Italian music in the United States and has been around since 1910.

Ernie has not only introduced Jenna to authentic Italian music, he’s also written songs for her and she’s recorded them for her albums.

An Italian American Star on the Rise

Jenna Esposito is a star on the rise. She’s already created several tribute shows to some of her favorite Italian American artists (like Connie Francis and Dean Martin) and she’s working on getting her act to Vegas. She hopes to have an Italian American holiday album recorded by next year featuring renditions of American favorites, but also traditional Italian Christmas songs.

Italian Undercover is coming to the Armstrong Theatre for one night only! Don’t miss your chance to feel the joy and passion of some of the most beloved songs that transcend generations.

Get tickets for Italian Undercover!